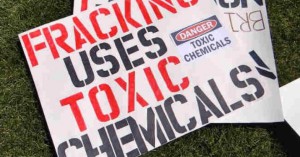 When the US Environmental Protection Agency issued its long awaited landmark report into the impacts of fracking earlier this month, the headlines were largely positive towards the technology.

The ever-partial Fox News led with the headline “EPA declares no ‘widespread’ harm to drinking water from fracking, boosting industry”. Its article declared that fracking supporters were bouyed by the EPA’s study.

The oil industry argued somewhat predictably that the EPA’s report was vindication that the technique was safe. “After more than five years and millions of dollars, the evidence gathered by EPA confirms what the agency has already acknowledged and what the oil and gas industry has known,” said Erik Milito of the lobby group, the American Petroleum Institute. Fracking, he said, “is being done safely under the strong environmental stewardship of state regulators and industry best practices.”

But headlines often do not tell the whole story. Indeed, the New York Times went on to add that “Both supporters and opponents of fracking seized on the results”. Indeed, the Sierra Club’s reply was predictably the polar opposite to the API’s, saying in their press release that: “ EPA Confirms that Fracking Poses a Risk to Drinking Water.”

In short, a columnist from Forbes magazine noted that the study provided “ammunition to both supporters and opponents of the practice, and it has ensured that the debate will rage on.”

In an attempt to take the debate further, the UK’s leading charity which investigates the harm that chemicals have on health and wildlife, the CHEM Trust, has published a 56 page report and briefing paper on the potential harm from fracking chemicals.

The report’s publication comes in a pivotal week for fracking in the UK. Tomorrow the planning committee of Lancashire county council will start deliberating as to whether give the goahead to two fracking sites operated by controversial fracking company Cuadrilla.

If approved, they will be the first commercial fracking sites in the UK. Last week, council planning officers recommended approval of fracking at one site, but opposed a second site but only on traffic concerns, not pollution from fracking itself.

The CHEM Trust is now going to send copies of its briefing paper to councillors. It makes for uncomfortable reading for the fracking industry. The Trust argues that fracking poses a “significant” risk to human health and British wildlife. Such is their concern they are calling for an EU-wide moratorium until widespread regulatory reform is undertaken.

The CHEM Trust focuses on the potential health effects of the hundreds of chemicals, along with sand and water, that fracking companies use to prise open rocks. It warns of “significant” pollution to air, groundwater and surface waters and threats to wildlife.

Some of these toxic chemicals have been linked to breast, prostate and testicular cancer in humans as well as coronary heart disease, the report says. It outlines how 38 fracking chemicals are “acutely toxic for humans” and a further 20 are mutagenic, or known or possible carcinogens.

The report gives specific examples of hazardous materials used in fracking, including chemicals “associated with leukaemia in humans” and “toxic to sperm production in males”. The Trust warns it is “particularly concerned about the use of hormone-disrupting chemicals”.

The report warns of concerns about “the current regulation of fracking” in the UK, which has “weak points”. Since the passage of the UK Infrastructure Bill last year, “it is no longer clear how well groundwaters will be protected”.

It is particularly concerned that “ongoing cuts in regulatory authorities” will only make matters worse, especially any cuts to the British regulator, the Environment Agency, which lost 15 per cent of its staff last year.

The report makes numerous recommendations to protect health, groundwater and the British countryside. These include: no fracking operations near drinking water aquifers, the undertaking of environmental impact assessments for all fracking sites, and effective monitoring even after fracking operations have stopped.

You can read a copy of the shortened briefing paper here.