It is no secret that Canadian tar sands oil is among the highest carbon, highest cost sources of oil in the world. Its rapid growth over the past decade has been the result of a near perfect storm of conditions that were never going to be sustained. Ranging from unfettered market access, soaring U.S. oil demand, unquestioned political support, minimal regulatory constraints, and sustained high oil prices – little by little the foundations that these frontier projects depend on is crumbling.

But are these structural changes impacting expansion plans? The answer lies beyond official cancellations in dozens of delayed and on-hold projects.

We often hear about the high profile cancellations and the major infrastructure delays, but in reality, companies rarely outright cancel projects. They have little to lose by leaving project proposals ‘live’, or letting them continue to churn through the regulatory approvals process (after all, the Alberta government has never rejected a tar sands proposal).

But a look at company budget cuts and announcements suggests that some 30 major projects (project phases) are indefinitely delayed or on-hold (See Table 1). These projects represent over 1.4 million barrels per day of tar sands oil production capacity.

The total resources in these projects is over 10.6 billion barrels. If all of that resource was extracted and burned, around 6.4 billion metric tons of CO2 would be emitted, not to mention vast tracts of Albertan boreal forest and muskeg destroyed.

An additional 550,000 bpd of potential production capacity (40,000 bpd currently operating) is owned by companies that have filed for bankruptcy (See Table 2). These projects contain a further 3.2 billion barrels of bitumen.

Companies will always be hesitant to pull the plug completely until all hope is lost, but if we continue to challenge pipeline infrastructure and build a clean energy future, many more tar sands projects will follow these over the edge. 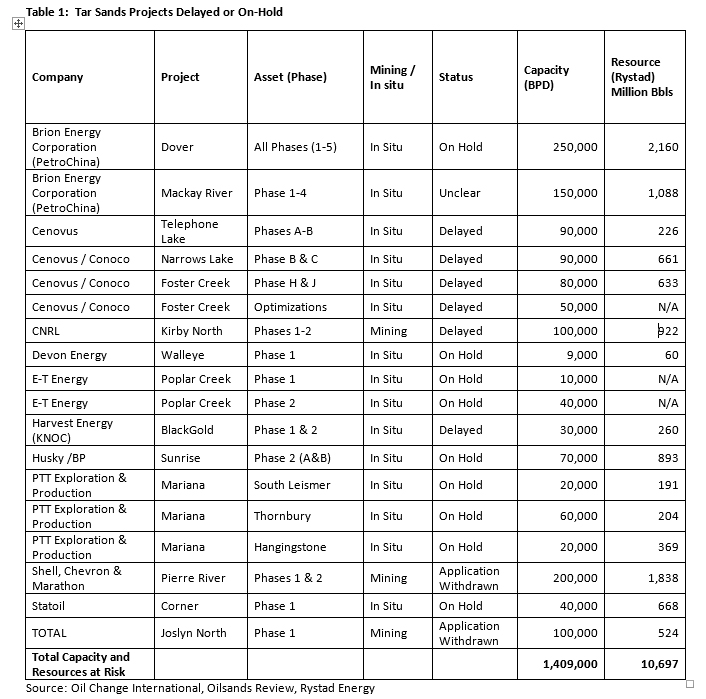 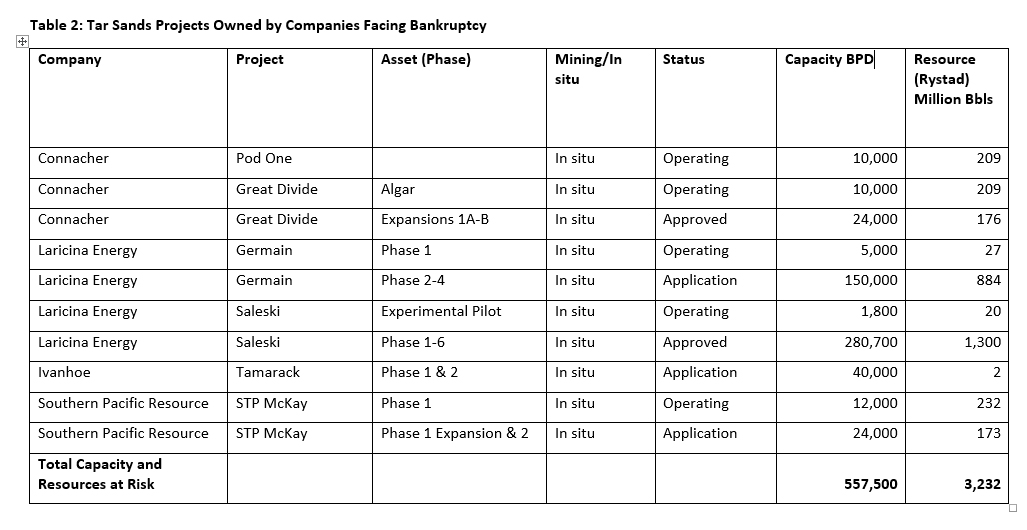