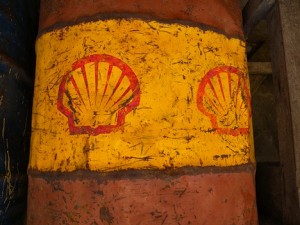 Once again, Big Oil is getting bigger. Last week, Shell announced it had agreed terms for a takeover of its rival BG, which would take it to twice the size of rival BP, and snapping at the heels of ExxonMobil.

“It is bold and strategic moves that shape our industry,” said Shell’s CEO Ben van Beurden. By that, he means Shell aims to use the deal to simultaneously tackle two fundamental challenges facing the oil industry: the low oil price and lack of exploration success.

Big Oil has a couple of tried-and-true strategies for staying big – and getting bigger. One is exploring for new reserves, and another is buying out the smaller guys. Chances are, we are going to start seeing less of the former and more of the latter.

As some oilmen say, “the best place to drill for oil right now is Wall Street”. Or in the case of Shell’s BG bid, the City of London.

The immediate issue is the low price, which creates pressures to reduce costs, including by laying off workers. During the last round of oil mega-mergers in the late 1990s, BP’s takeover of Amoco cut 6,000 jobs and Exxon’s takeover of Mobil 9,000 jobs. Far from the job creator the industry would like us to see it as, more often it’s a job destroyer.

The low price also exacerbates the industry’s longer-term problem: that when it comes to finding and developing new fields, the low-hanging fruit is all gone. As a result, new discoveries are delivering both smaller quantities of oil and lower profits as costs are higher. According to Carbon Tracker, while oil majors quintupled their capital expenditure from $50 bn in 2000 to $262 bn in 2012; their oil production increased by just 16% from 2000 to 2006, then fell back to its 2000 level by 2012.

Shell has significantly outspent other oil companies on new exploration, and between 2010 and 2012 Shell doubled its exploration spend to US$8.7 bn a year. Its Arctic adventure is the starkest illustration of this, where Shell has spent at least $6 billion on leases and exploration in the Chukchi and Beaufort Seas off of Alaska, yet not a single well has been completed.

The BG acquisition is designed to reinforce Shell’s twin emphasis on gas and deepwater oil. Some analysts suggest that this strategy may lead to a deprioritisation of other extreme oil such as in the Arctic (especially if this summer’s drilling in Alaska is unsuccessful) and the tar sands. It would be welcome if Shell does indeed move away from these two areas, albeit little more than accepting what investors have been pointing out for years: that long-term, high-cost developments are not likely to be very profitable.

“Value not volume” has been a mantra for oil investors in recent years. In other words, don’t waste our money on expensive, unprofitable new exploration and development, just for the sake of growing reserves and production. Instead, focus on the most profitable existing assets and delivering higher returns to shareholders.

According to Pascal Menges of the Lombard Odier Global Energy Fund, “This shows that big oil’s growth strategy over the last 10 years is bust. Having bet enormous sums on eye-wateringly expensive oil production from oil sands, ultra-deep water and arctic fields, the supermajors are now ill-placed to cope with a low oil price.”

However, after the immediate boost, swallowing up BG will only exacerbate the problem of diminishing returns. In the medium term, new oil and gas developments will continue to get smaller and less profitable – an ever-worsening bet for the companies. And over the longer term, action on climate change and rapid advances in clean energy technologies are likely to push down the oil price, creating further woes for costly extreme developments.

In December, the German utility E.On made a radical announcement that it would restructure, in response to fundamental changes in the energy market. It would put its fossil fuel assets in a new company that will deliver high returns in the short term but little prospect for growth.

Perhaps it is time for oil companies like Shell to give up on growth altogether, and focus on delivering maximum returns to their shareholders. To accept a “managed decline” of the oil industry. Now that really would be a bold strategic move.