In our May 2014 report on the burgeoning crude-by-rail trade, we tracked, among other things, the capacity of loading and unloading terminals in the U.S. and Canada. These terminals are also mapped on our crude-by-rail map.

We noted in the report that there was a large surplus in the capacity to load and unload crude oil from trains (Figure 1). 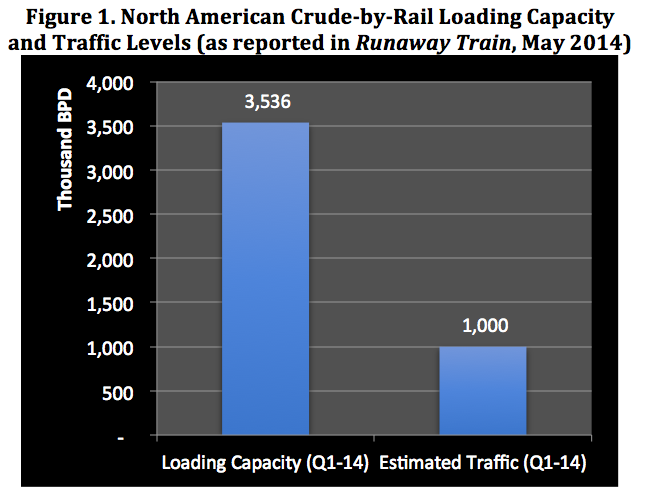 Ten months later it seems that while traffic has grown modestly, companies have continued to add new capacity, leading to an even greater surplus (Figure 2). 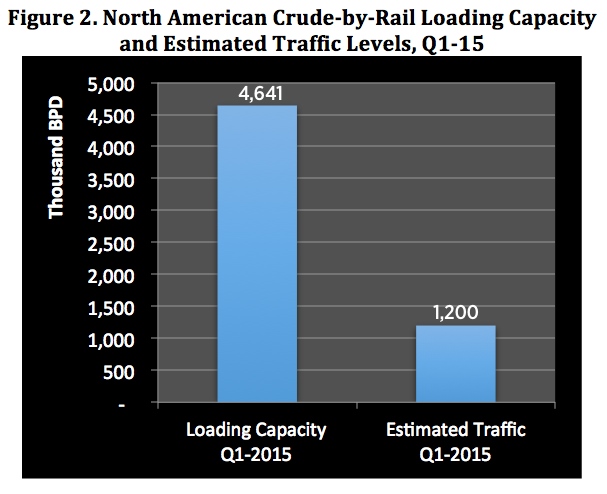 The capacity surplus reflects a number of features of the crude-by-rail trade: