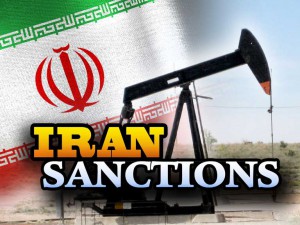 As world leaders converged on the Swiss town of Lausanne over the weekend, their historic deliberations about Iran’s nuclear programme were said to have reached the “end-game” before the deadline at the end of the month.

An agreement is now believed to be close.

Any deal with Iran will see a lifting of sanctions and there will be many industries eyeing up lucrative business opportunities within the country.

The UK-based Daily Telegraph newspaper, for example, reports how “Flights to Tehran from Dubai have been crammed in recent months with Western executives flooding into the Iranian capital ahead of a potential lifting of economic sanctions.”

One industry will have been represented more than any other and that is of course: oil. As the Telegraph adds: “In terms of commodities, the biggest impact that a resumption of normal economic relations with Iran will open up is in the oil industry.”

The paper argues that opening up the country to foreign investment is “potentially game changing” for the oil industry.

But the opening up of Iran, a country with ten per cent of the world’s oil reserves, brings both risks and rewards for Big Oil. The risk is that in a world already struggling with an estimated 2 million barrels of oversupply, the sudden influx of oil onto world markets could spiral the price of oil even further down.

Within months of sanctions being lifted, Iran could pump $1 million barrels of oil /day onto the markets. And in a world awash with oil, this will only do one thing: send the oil price of oil plummeting. The Telegraph warns it could send the price of oil below $20 a barrel.

This could have serious ramifications for the tar sands in Canada as well as America’s shale gas industry. Even mature areas Like Britain’s North Sea would not be immune, where the average cost of producing a barrel of oil is now approximately $28, compared to just under $7 ten years ago.

A $20 a barrel world would certainly therefore have serious ramifications for the industry.

There is no doubt that BP, with its deep long-standing historical ties to the country, would be keen to return. So too would Shell and Total, who were both active in Iran more recently before sanctions took their toll.

But the Chinese would also manoeuvre quickly to get their hands on Iran’s lucrative reserves too and might be better placed to move quickly than companies burdened down by the legacy of sanctions or colonial history.

If there is a nuclear deal, the post-oil scramble could be intense, with huge pressure on Iran to offer more lucrative “Production Sharing Contracts” which were controversially promoted in Iraq post the American invasion. But these were seen as being far too favourable to the oil majors and traditionally lock producer countries into 20-30 year contracts.

Indeed a report published a decade ago by Platform working with Oil Change International and other NGOS, entitled Crude Designs, warned that PSA’s “are effectively immune from public scrutiny and lock governments into economic terms that cannot be altered for decades”, adding that “PSAs generally exempt foreign oil companies from any new laws that might affect their profits …Iraq could be surrendering its democracy as soon as it achieves it.”

It already looks like Iran will use PSAs. Last month Reuters quoted one Iranian Oil Ministry official as saying the new contracts would be “more relaxed to encourage major investors.” The bottom line is that the more favourable a contract is to the oil companies the less favourable it will be to Iran.

But it would be a strategic mistake for Iran to lock itself into 20-30 year contracts, at a time when it is economically weak due to sanctions.  So all the signs are that it will repeat the mistakes of its neighbour.