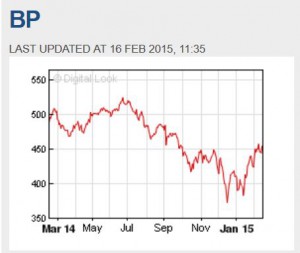 Earlier this month, BP’s beleaguered Chief Executive Bob Dudley, warned that the falling oil price had created a “raging gale” for the oil industry which could last for years.

He announced that the oil giant was slashing capital spending to $20 billion, a reduction of 20 per cent. The amount is much greater than BP’s rivals.

The massive reduction was a reflection of how BP has been caught up in a perfect storm of falling oil prices, Russian sanctions and the legacy of the Deepwater Horizon, which has forced the company to sell over a third of its wells and twelve per cent of its reserves.

The company’s share price is 30 per cent below pre-spill levels. And still the company faces billions more in fines.

The storm is so intense that BP may not survive.

Last week, BP’s troubles intensified when a Texas Supreme Court ruled that the company was not covered under Transocean’s insurance policies for the Deepwater Horizon spill, blocking the oil giant’s access to $750 million for spill costs.  For BP it may only be another small bruise, but it adds to the company’s woes.

Speculation has been growing for months that BP has become so “vulnerable” it may be subject to a takeover.

Last month the Economist magazine wrote that “the chances have grown that one of BP’s rivals will seek to capitalise on its weakness and bid for it … it is easy to see some advantages to a takeover by Exxon.”

Today, the Financial Times devotes nearly a page to the subject of how Exxon – with a market capitalisation of $394 billion – could take over the belittled and battered BP, now only worth $128 billion.

“If ExxonMobil chief executive Rex Tillerson really wanted to, he could snap up BP in a single bite”, warns the FT. “Of all the UK major’s rivals, Exxon, the world’s biggest energy company, has the firepower to swallow BP whole.”

On many levels, it would make sense for Exxon to swallow its rival as it would get access to BP’s stake in Rosneft and BP’s operations in America and potentially lucrative acreage off-shore Latin America and Africa.

Some analysts are now arguing that it is perfect timing too for Exxon to take advantage of the plummeting oil price to take over BP, but it might have to wait until all the Deepwater Horizon legacies have been settled. “If you put BP and Exxon together, BP would bring a big inventory of deepwater development and exploration opportunities. That might be enough for Exxon to do a deal,” one institutional investor tells the paper.

The FT counters this by saying that, although Exxon could eat BP for lunch “there is no appetite on the board for BP to be bought.” But all this might change in the coming months, especially if sanctions are lifted against the Russians and BP finally settles all the major liabilities from Deepwater Horizon. Much will also depend on what happens to the oil price over the coming months. If it keeps going down, BP could be in deep trouble.

All in all, it will be interesting to see if BP remains an independent company at the year end.