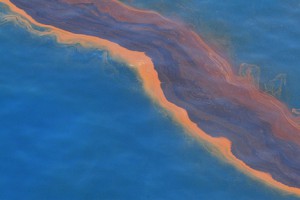 In the months that followed BP’s devastating Deepwater Horizon spill in the Gulf of Mexico in April 2010, one of the biggest mysteries was what happened to the 200 millions gallons of spewed black crude.

BP was quick to try and argue that the oil either dispersed, evaporated, or was chemically / naturally broken down and that the damage to the fragile and complex ecosystems of the Gulf had been minimal.

The underlying philosophy could be neatly summed up by the simple statement: Out of sight is out of mind and that the problem has gone away.

“Hold on a minute;” “It is not that simple,” was the response from a rightly sceptical environmental and scientific community, some of whom were veterans of the catastrophic Exxon Valdez spill in 1989.

Many scientists warned that even if oil disappeared from the surface it would linger in the depths of the Gulf. Just how much oil was left has been subject to a heated debate ever since.

Now a team of nine scientists led by Florida State oceanography Professor Jeff Chanton have found an answer to the question of the missing oil. They used radioactive isotopes to work out where oil had accumulated in the Gulf and it makes worrying reading for BP and anyone concerned about the long-term health of the Gulf.

At the end of last week, the scientists published their research in the journal Environmental Science & Technology which concluded that six to 10 million gallons of BP’s oil are still buried on the floor of the Gulf.

Professor Chanton argues that this “is the first direct evidence that there is oil sediment on the Gulf floor,” adding that “there was anecdotal information this was happening. This really quantifies it.”

As any veteran of the Exxon Valdez spill will tell you, any oil that lingers around can cause ecological damage and slowly contaminates the food chain. And because the oil is now resting on the Gulf floor – where the oxygen is less – it will take time to break down.

“This is going to affect the Gulf for years to come”, says Chanton. “Fish will likely ingest contaminants because worms ingest the sediment, and fish eat the worms. It’s a conduit for contamination into the food web.” This raises long term concern for species of fish that feed off creatures living near the bottom of the ocean.

What is worrying for BP is that Chanton’s study is published just as the final stage of the civil trial for the spill is taking place and the new evidence will counter previous testimonies by BP that the oil giant’s efforts to clean up the spill had been “effective.”

Later today, the legal case resumes where US District Judge Carl Barbier is deciding how much BP should pay in penalties under the Clean Water Act. The US Justice Department is arguing for a penalty for BP at or near the $13.7 billion maximum – BP of course is arguing for significantly less.

Although the marathon trial is expected to finish this week, a ruling is not expected for several months. But what we know now is that the damage to the Gulf will continue long after the attorneys have packed their bags and left town.