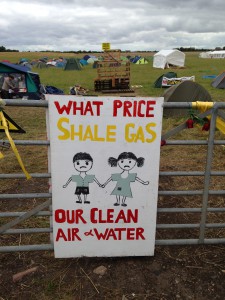 It could all be over before it even began. The boom could turn to bust before a well is even drilled. The British fracking industry now faces growing resistance from numerous influential voices. The industry could be heading for melt-down.

A prominent group of British Parliamentarians has today called for a moratorium on fracking on the same day as MPs are due to vote on new legislations on fracking.

The committee’s report, published today, warns that only a very small fraction of British shale reserves can be safely burned if we are to keep global temperatures below the internationally recognised limit of 2 degrees.

The MPs from the Committee will today attempt to amend the Government’s highly controversial Infrastructure Bill, which includes provisions for the Government to produce a strategy for “maximising the economic recovery of UK petroleum”. It includes new fracking regulations, including allowing companies to frack under their homes without their permission.

The Committee Chair Joan Walley MP said: “Ultimately fracking cannot be compatible with our long-term commitments to cut climate changing emissions …There are also huge uncertainties around the impact that fracking could have on water supplies, air quality and public health.”

Such is the opposition against the Infrastructure Bill that over 50 amendments have been tabled to the fracking section of the bill today.

The British Opposition Labour party has also recently strengthened its opposition against fracking, tabling an amendment to the Bill that means fracking would not be allowed unless a growing list of conditions were met. One of these includes no fracking near aquifers.

The Parliamentarians are not alone in being worried about climate change. Today, the Chairman of yet another advisory group, the UK Committee on Climate Change, has also reiterated and expansion of fracking in the UK should not exceed the UK’s carbon budgets.

Meanwhile, North of the border, the Scottish government has also indicated it will outline plans to strengthen its “precautionary approach” to fracking, with the Leader of the Labour Party in Scotland promising tough new conditions on the fracking industry, including giving local people a veto over new fracking proposals.

Meanwhile later this week, in the North West of Britain, Lancashire County Council is due to vote on whether to allow fracking company Cuadrilla to give the goahead to frack two wells. Last week, the company suffered a major setback when the council’s officers recommended the proposals be rejected, because of concerns about night-time noise and traffic.

The County Council is now under huge pressure from the fracking industry to give the goahead to the two wells. But the council will have to consider over 20,000 objections to the fracking plans from local residents.

One of those due to speak against Cuadrilla’s proposals this week is Tony Bosworth, energy campaigner from Friends of the Earth, who argues: “People do not want a high-impact fossil fuel industry that would leave a legacy of pollution and disruption and would lock the world into more climate change.”

Nor does it seem do a growing number of British parliamentarians and the British public.