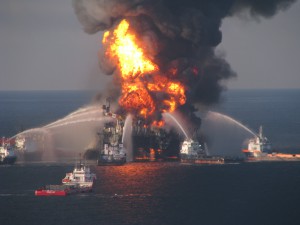 It is hard to believe but it is nearly five years since BP’s reckless behaviour caused arguably America’s worst environmental disaster.

Since then, as many people in the Gulf of Mexico have tried to rebuild their shattered lives, BP has been dragged through the courts kicking and screaming at every turn.

Tomorrow, the Judge in the case, Carl Barbier, will start assessing the final penalty BP will pay under the Clean Water Act. The judge will use eight factors to determine how large the penalty should be relative to the potential maximum. As predictable as night following day, BP is arguing that “only a penalty at the lower end of the statutory range is warranted”.

BP already has some reason to be cheerful. Fortunately for the oil giant, last Thursday the judge’s ruling concerning the volume of oil that was spilled was $4 billion less than it could have paid if the Judge had accepted the government’s assessment of the amount of oil spilt, amounting to a total potenital fine of $13.7 billion. The judge now has to decide how much of that BP will pay.

In tomorrow’s hearing, BP is also playing the same trick that Shell did many years ago in the Niger Delta. When criticised over its rampant pollution in Nigeria, Shell responded by arguing that it was the fault of its subsidiary company in the African country, not the whole group, even though the money from its Nigerian operations helped swelled Shell’s bank balance.

As the Financial Times explains, BP is “arguing that because the spill was caused by its US subsidiary, BP Exploration and Production, the financial impact of the penalty should be assessed only on that unit, not on the group as a whole.” In contrast the US Department of Justice want BP to pay the full amount: “If ever there was a case that merits the statutory maximum, this is it,” it is arguing.

The oil giant cannot be allowed to get away with it. For years the whole BP group has benefited from the profits coming out of the Gulf of Mexico, and many people are arguing that the whole BP Group should now pay for the damage caused.

Whatever happens, all the indications are that BP will appeal the ruling. All you hope is that the BP case does not drag on like Exxon Valdez where many plaintiffs died before they saw a dollar of compensation. After the spill in Alaska, one attorney said “lawyers not yet born will work on this one”. BP is probably hoping for the same will happen here.

The stakes are high. BP is $53.6 billion in debt, $21 billion more than at the time of the spill. The oil price is still plummenting, with one ratings agency warning last week that the steep price decline “reduces BP’s flexibility to cope with any further claims or shocks.” Oil analysts have begun speculating that the once mighty oil giant could be a takeover target once the litigation ends.

But with the prospect of one appeal after another, no one is sure when the end might finally be. Or if BP even exists as a company, when the dust finally settles.