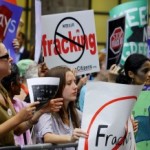 The decision followed the release of a long awaited New York Health Department study that acting state health commissioner, Dr. Howard A. Zucker, said had found “significant public health risks” associated with fracking. Opening up New York to fracking would have allowed the exploitation of trillions of cubic feet of natural gas, gas that should now be left underground where it belongs.

We consulted the Rystad Energy UCube database to estimate how much gas would have likely been produced in New York by 2050.  This is what we found. Almost 5 trillion cubic feet of natural gas would potentially have been extracted between 2015 and 2050.  That’s about 20% of U.S. consumption in 2013.  At it’s projected peak, in 2038, New York would have been producing around 713 million cubic feet per day, which is only about 1% of average daily U.S. consumption in 2013. 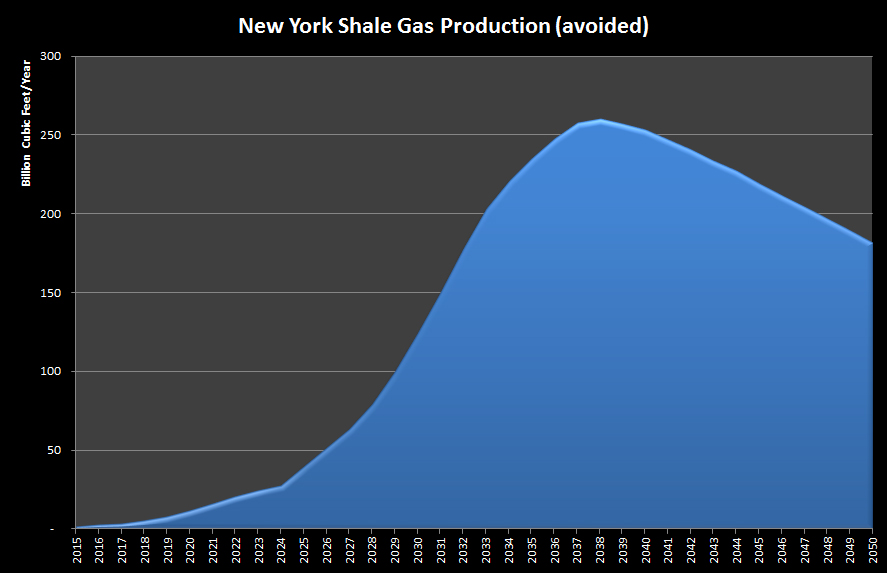 However, while it appears that Governor Cuomo has saved New Yorkers a lot of pain for what would have been a relatively small contribution to U.S. energy supply (and who knows how much may have been exported to help raise prices and profits for the greedy frackers) when you add up the emissions from burning this natural gas, it’s no small thing that the Governor has done.

Burning all that natural gas would emit at least 273 million tons of carbon dioxide. That’s equivalent to roughly one year’s worth emissions from 72 average U.S. coal plants or over 57 million passenger vehicles. And these are only the emissions from burning the gas. The full life cycle emissions from producing, processing, storing and transporting this gas, with its associated high climate impact methane leakage would undoubtedly be significantly greater.

As the latest Intergovernmental Panel on Climate Change report has made abundantly clear, we cannot burn the vast majority of proven fossil fuel reserves if we are to prevent the worst impacts of climate change. Opening up new reserves, such as New York’s shale gas, just adds to the pool of unburnable fossil fuels.

The forthcoming ban on fracking in New York has not only done New Yorkers a big favor. It’s done us all a favor by helping to keep unburnable fossil fuel in the ground.