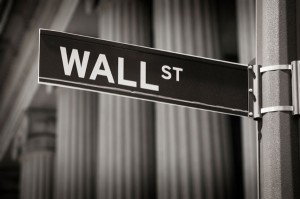 For years, the oil industry and its powerful friends in Congress talked of a shale gas utopia where fracking would lead to energy independence in for US.

In this new world, the US would be insulated from the perpetual turbulent volatility of the Middle East and the recent antics of Russian President Vladimir Putin and would be able to enjoy stability and energy security.

But this utopian vision was always based on a myth, which was brutally exposed last week by OPEC’s decision to effectively call America’s bluff in the face of falling oil prices and keep its production steady forcing the oil price to fall yet further.

Leonid Fedun, vice-president of Lukoil, Russia’s second largest crude producer, did not mince his words when he said that OPEC’s was trying to turn the US fracking revolution from “boom” to “bust”.

The grim reality of world petro-politics has begun to sink in. “In the past few days, we’ve gotten a glimpse of what U.S. energy independence looks like. It isn’t exactly what we thought”, writes one analyst for Forbes magazine.

Indeed, last week the Financial Times warned that Opec’s decision could cut as much as $100bn of capital spending from the US shale plays.

For many in the US this cannot be allowed to happen. One commentator for CNBC and MSNBC summed it up by saying “Saudi Arabia, and its fellow members of OPEC, may have just launched an oil war.”

Such is the anger at the Saudi action that they are protecting their interests he then goes on to advocate the “energy policy equivalent of a military response”. By this he argues “the fracking revolution must be protected at all costs, even if it means subsidizing the industry with tax credits that allow the drilling to go on at below-market prices.”

Whilst this is unlikley to happen, there is huge uncertainty and variability as to the oil price frackers need to remain profitable. But what is beginning to become clear is how vulnerable financiers of the fracking boom are to the oil price fall.

As the Financial Times points out “A huge chunk of the shale oil boom can be traced back to Wall Street, where years of low interest rates have encouraged energy companies to fuel their growth by tapping eager investors in the bond and loan markets.”

As that paper points out today how the share prices of US banks based in the shale heartlands of the US “nosedived” on the back of the OPEC decision.

The share price in banks in Texas – where up to 20 per cent of their loans are to the energy sector – for example took hits of between 4 to 7 per cent. We may also now witness a wave of debt restructurings and losses on banks’ energy-related loan portfolios.

It will also affect the high-yield bond market, where energy companies account for about 18 per cent of high yield bonds.

Yesterday one blogger for the Wall Street Journal warned that if prices remained low, up to 40% of all energy junk bonds could default over the next several years. Tarek Hamid, an energy analyst at J.P. Morgan Chase & Co told the paper that if this happened “It would become a very dire scenario.”