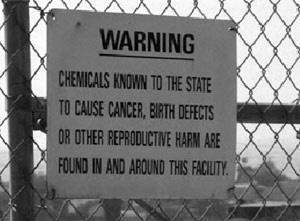 It’s a not so Happy Halloween if you live near fracking wells in the United States. New research has been published which shows significant evidence of the risk to health from fracking wells.

What they found is deeply worrying but also fits into a growing list of scientific evidence which is revealing just how dangerous fracking is. For more on this see previous blogs on the issue on the site.

This new research reveals the fracking wells are emitting “dangerous” levels of cancer-causing chemicals, such as benzene into the air.

Levels of benzene taken by local residents for the survey recorded concentrations some 35 to 770,000 times greater than normal concentrations. Or put another way they were 33 times the concentrations found in the air at a gas station when you are filling your car.

“I was amazed,” argues the lead author of the study, Dr. David Carpenter, the director of the Institute for Health and the Environment at the University at Albany-State University.

“Five orders of magnitude over federal limits for benzene at one site – that’s just incredible. You could practically just light a match and have an explosion with that concentration. It’s an indication of how leaky these systems are.”

Carpenter argues the research reveals a “significant public health risk,” and warns about the potential for fracking to cause cancer. “Cancer has a long latency, so you’re not seeing an elevation in cancer in these communities. But five, 10, 15 years from now, elevation in cancer is almost certain to happen,” he says.

It is not just benzene that is the problem though. In all eight poisonous chemicals were found at levels which exceeded recommended limits.  “The way fracking’s being done in these five states, it’s not being done safely,” Carpenter says.

Levels of formaldehyde – another carcinogen – were 30 to 240 times greater than normal, which the study argues is “more than twice the formaldehyde concentration that occurs in rooms where medical students are dissecting human cadavers, and where most students report respiratory irritation.”

In addition, hydrogen sulfide levels were 90 to 60,000 times higher than normal, which is enough to cause eye and respiratory irritation.

Some of the samples were collected by local residents. One such resident in Arkansas, April Lane said: “Almost all of us who took air samples reported health symptoms while sampling, including headaches; dizziness or lightheadedness; irritated, burning, or running nose; nausea; and sore or irritated throat”.

Another person who participated was Deb Thomas, of Clark, Wyoming, who contends that “We have serious health conditions; livestock and pets are sick and dying; property values have already plummeted.”

“Fighting to protect what’s left of our communities has become a way of life”, says Thomas. “This industry isn’t just fracking for oil and gas…it’s fracturing communities and lives.”