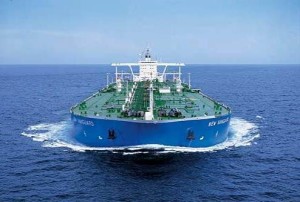 The growing political fight over relaxing America’s decades-old crude export ban intensified at the end of last week, when 14 oil and gas firms set up a lobbying group specifically to push to relax the ban.

The group, entitled Producers for American Crude Oil Exports (PACE), is the first lobby group to be formed to purely lobby to overturn the ban.

It is the latest example of a decades-long strategy by the oil industry to form front groups to push for its own political or economic ends.

The group was formed just days after the US Government Accountability Office recommended against lifting the ban and warned that greenhouse gas emissions would rise if the ban was lifted.

It is important to remember what the GAO said last week in its report. It argued that “additional crude oil production may pose risks to the quality and quantity of surface groundwater sources; increase greenhouse gas and other emissions; and increase the risk of spills from crude oil transportation.”

According to its lobbying disclosure form, PACE is being run out of the Washington office of law firm Williams & Jensen, which describes itself on its website as “Washington’s lobbying powerhouse”.

The lobbying disclosure form, obtained by Greenwire, shows the coalition is seeking a “repeal of the 1970s-era prohibition on American crude oil exports as warranted by the numerous economic and consumer benefits derived from our country’s abundance of domestic oil supplies.”

George Baker, the lobbyist hired to lead the group argues that “More than anything else, the formation of PACE reflects growing public awareness of the need to align policies in Washington with the economic opportunities made possible by America’s oil abundance.”

Daren Beaudo, a spokesman for ConocoPhillips told Reuters that the 14 producers had “united to create an advocacy initiative to help repeal the outdated ban on crude oil exports.”

The ability to export crude is “vital to the country’s economic growth and national security, job creation, and strengthening our competitive position in the global marketplace,” he added.

If Beaudo is worried about national security, maybe he should read the Pentagon’s latest Climate Change Adaptation Roadmap, which begins by saying “Climate change will affect the Department of Defense’s ability to defend the Nation and poses immediate risks.”