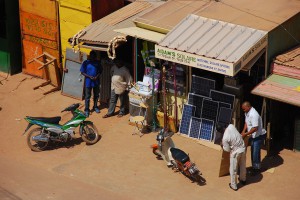 Africa’s energy needs continue to be a top agenda item not only for African governments but for international leaders and organizations alike. Initiatives such as SE4ALL – a global initiative led by the United Nations Development Program, Lighting Africa – a donor funded initiative managed by the World Bank Group, and Power Africa – a U.S. government initiative, are just among a few aimed at improving the regions energy needs and meeting universal energy access goals.

Despite these increased global interests and investment in the region, the IEA’s latest report finds that although Africa’s energy resources are more than sufficient to meet the needs of its population, it fails to do so because of underdevelopment and an imbalance of energy investments towards exports and not enough towards domestic energy needs. Currently, more than 620 million people lack access to electricity. This number is expected to start dropping by 2020, but due to population growth as many as 530 million people, mainly in rural areas, will still be left without access by 2040.

The report’s recommendations include a call for increased power sector investment in the amount of $450 billion; regional cooperation and integration; and better management of energy resources and revenue in order to boost economic growth as well as access to power. However, the $450 billion called for is aimed at ensuring power loss reduction and achieving universal energy access in urban areas and would still not achieve universal access in rural areas by 2040.

The report also finds that since 2000 for every $3 dollars invested in the energy sector of Sub-Saharan Africa, $2 went to projects that export African energy to other countries while only $1 goes to provide domestic energy for Africans. Further, according to the report, in the last five years nearly 30% of world oil and gas discoveries were made in sub-Saharan Africa. These findings are concerning: if African countries continue to focus on exporting fossil fuel resources instead of meeting domestic energy needs, there is a real risk that universal energy access will not get the attention – and financing – it so desperately requires.

For universal energy access to be achieved, the IEA has previously projected that approximately 64 percent of the required additional investment in energy access will need to go to mini-grid and off-grid energy solutions. If this focus is to be achieved, more attention is needed on initiatives like Power Africa, which is dubbed an access-driven initiative, but where so far projects have been heavily skewed towards large-scale projects involving grid-based power generation and transmission.

Under Power Africa, the U.S government has pledged a total of $7 billion while the private sector has pledged $18 billion in the first phase of funding expected to cover until 2018. But only $1 billion, or 4 percent of the pledge total, has been allocated specifically towards Beyond the Grid – the sub-initiative responsible for leveraging and encouraging investments in projects relating to off-grid and small-scale energy solutions. This amount falls well short of the IEA’s projection of 64% of energy access funding needed to be aimed at off-grid and mini-grid solutions.

In August 2014, President Obama announced a renewed commitment to Power Africa, pledging a new level of $300 million in assistance per year to expand the reach of his initiative across the continent in pursuit of a new, aggregate goal of 30,000 MW of additional capacity to Africa and increasing electricity access by at least 60 million household and business connections. So far, the initiative’s approved access-related project funding has mainly come from USADF through its Off-Grid Challenge, a partnership with GE. Since November 2013, the agency has granted $2.8 million in grants to 28 African owned organizations and businesses providing energy access to off-grid areas.

Though these off-grid and mini-grid initiatives are a step in the right direction, much more attention and funding must be shored up for distributed energy solutions in order to reach the majority of those without power in Africa.