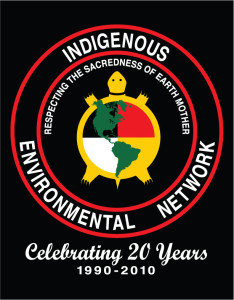 Often the way a nation reacts to those protesting against it tells you a great deal about its moral fabric and values.

In Britain, for example, the ongoing scandal of how undercover police spied, slept with and even fathered children with environmental activists is a sordid tale where we are yet to see the full truth and horror of what happened emerge.

But already the revelations have tarnished Britain’s supposed image as a leading democracy that upholds the right to peaceful protest as a pillar of its democracy.

Now it is Canada’s turn to be in the spotlight after revelations have been published that it has been spying on the activities of First Nations opposed to tar sands expansion, particularly in British Colombia.

Key to RCMP’s concerns was the Indigenous Environmental Network. Log on to IEN’s website and you will see it was established in 1990 by grassroots Indigenous peoples and individuals to address environmental and economic justice issues.

Its primary goal is to “educate and empower Indigenous Peoples to address and develop strategies for the protection of our environment, our health, and all life forms – the Circle of Life.”

It is difficult to understand how this peaceful grassroots First Nations capacity building organisation could be in any way labelled as “extremist”, but the documents reveal that is how it is seen by the RCMP.

As I documented in the book Green Backlash nearly twenty years ago, once you have labelled people as extreme, it is more likely that you can push them to the margins of society and that violence – either state or from individuals – will be perpetuated against them. You also criminalise what is peaceful protest making it much harder for people to express their opposition to the tar sands, for example.

The documents concern entries from the RCMP’s Suspicious Incidents Report (SIR) database, which reveal they monitored a member of the Indigenous Environmental Network (IEN) during the summer of 2010 in northern British Columbia.

One document from 7 July 2010 recorded that “Although there is no specific criminal threat, we do have information that a known member of the Indigenous Environmental Network will be heading to Northern B.C. tomorrow for a planned ‘Wetsuweten Direct Action Camp (sic),’”

It continued: “We would like to anticipate and monitor any protests in order to keep you informed if these protests happen in your detachment areas.”

The academic, Jeffrey Monaghan, a criminology instructor at Carleton University, obtained the documents under the Access to Information Act. He says the documents shows a pattern of “intimate surveillance”.

Overall, the documents “show the breadth of and the normalization of the regular systematic surveillance of protest groups, of people who criticize government policy and critics of energy policy” he says.

Monagan warns that their inclusion in security databases sets a dangerous precedent. “This has very significant repercussions down the road, it creates perpetual suspicion and perpetual surveillance,” he argues.

“We are challenging the most powerful corporate entities on the planet,” says Thomas-Muller. “What we have on our side is endless human resources. We have the power of our ancestors and traditions fueling us. We are intimately aware of the domestic surveillance that is happening as well as the agenda to criminalize Indigenous dissent.”