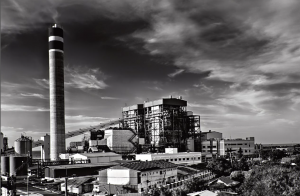 It’s that time of year again – the World Bank’s Annual Meetings, when thousands of people – including government officials, private sector, journalists, and civil society – gather in Washington DC to consider the Bank’s work and operations.

During last year’s meetings, a report by Oil Change International detailed how the World Bank’s policy lending program in Indonesia and its role in the creation and financing of the Indonesian Infrastructure Guarantee Fund (IIGF) make the Bank responsible for ensuring that the Central Java Coal Power Plant abides by the World Bank’s Social and Environmental Safeguards. The 2,000 MW proposed power plant project in Batang, Central Java has incited strong local opposition including a lawsuit on environmental grounds and multiple protests by thousands of local residents resulting in violent clashes with project security and the military.

It is believed that the project has already violated the Bank’s Safeguards on many fronts, including inadequate social and environmental impact assessment, insufficient consideration and compensation for the loss of livelihoods, and lacking alternatives assessment.

Given all these failures, as well as the Bank’s stated restrictions on support for coal plants as described in its Energy Directions Paper, local and global civil society groups last year called on the World Bank to request that the government of Indonesia cancel its loan guarantee. But, the Bank dismissed this request.

This week, the Central Java plant added to its list of failures, providing yet another reason for the Bank to intervene. The continued refusal by villagers to sell their land for the proposed coal plant has forced the Indonesian government to yet again extend the deadline for financial closure of the project. The project deadline has already been extended for over three years. A 2013 Presidential regulation specified the latest October 6, 2014 deadline for the finalization of the project’s finance.

Greenpeace Indonesia reports that, “According to Presidential Regulation No. 66 of 2013: if the companies fail to finish the land acquisition process for Batang in the time allotted, and fail to respect the deadline (October 6, 2014), the agreement between the government and consortium will end and the project must be canceled.”

Arif Fiyanto, Greenpeace Climate and Energy Campaigner, states: “It is possible that the entire Batang project has just become illegal,” given October 6 has passed and the company has not acquired the necessary land. Until an assessment into the legality of the project is concluded, all project activities should immediately stop.

The first missed financial close deadline of October 6, 2012 gave the project one year from the signing of the IIGF guarantee agreement to complete several required measures, including a satisfactory environmental impact assessment and land acquisition. There is a limited amount of guarantees that the government of Indonesia can give out. Therefore, the one year time frame was largely set to ensure that the highly-sought-after, project-facilitating guarantees were not held up by unviable projects and thus, unavailable to other more promising projects.

The $4 billion Central Java Coal Power Plant hinges on the IIGF loan guarantee and up to 60 percent of the financing will potentially be publicly provided from the Japan Bank for International Cooperation. Both these forms of public support, a.k.a., subsidies, to this unviable project should be canceled. According to World Bank documents for its IIGF loan, the World Bank has “a platform for ongoing engagement in the development and appraisal” of projects seeking IIGF guarantees. Thus, by advising the government of Indonesia to cancel its IIGF guarantee, the Bank has the opportunity to be a part of the solution to a bad project that has proven not to be viable or, more importantly, not to be socially acceptable. Both the World Bank and JBIC have repeatedly been asked by local and global groups not to support the project.

Instead of continuing to turn a blind eye, the World Bank and the government of Japan should choose to do the right thing and end support for the Central Java Coal Power Plant.