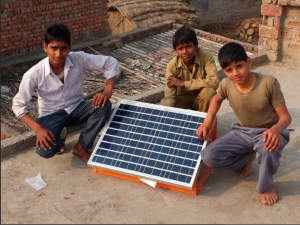 Today, Oil Change International and the Sierra Club released a report finding that none of the major multilateral development banks are succeeding in reaching the world’s poor with their energy projects.

The banks are neither putting significant proportions of their energy portfolios towards energy access for the poor, nor are they investing substantially in distributed clean energy solutions, despite the important role these technologies can play in delivering energy access.

All of the banks’ current approaches to energy access are dominated by large-scale centralized generation and transmission. The banks have failed to align their energy financing practices with the International Energy Agency’s conclusion that in order to achieve universal energy access, 64 percent of future energy financing should be directed toward distributed energy solutions.

Notably, of the fossil fuel-based projects across the four multilateral development bank energy portfolios, only one percent (by dollar amount) included provisions aimed at increasing access for the poor.