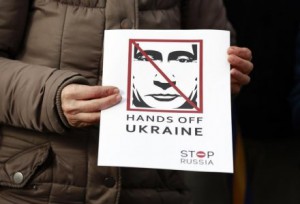 Shell has become the latest western company to cease its activities in Russia due to sanctions imposed over Ukraine.

The oil giant has suspended its operations with its joint venture partner Gazprom Neft to frack Russian shale oil.

On Friday last week, Alexander Dyukov, the chief executive of Gazprom Neft, pronounced that Shell had “stopped working on this joint venture, but we are continuing to work by ourselves”.

The move came just days after ExxonMobil announced it was suspending all 10 of its joint ventures with Russia’s state oil company Rosneft.

The French company Total has also announced that its joint venture with Lukoil has “definitely stopped” due to sanctions.

But the question is for how long?

We know the oil industry – which has vast financial resources – will be frantically lobbying behind the scenes to get sanctions lifted as soon as possible.

As the Financial Times reported last week: “People familiar with Exxon’s strategy in Russia say the company is already urging the US government to water down sanctions to allow it to drill again in the Arctic next summer.”

Rex Tillerson, Exxon’s bullish chief executive, is on the record saying that the company’s views are being heard “at the highest levels”.

The oil company will literally be knocking on the President’s door.

Although the FT notes that “Obama will not be inclined to do Exxon any special favours” as Rex Tillerson spoke at a fundraiser for Oboma’s opponent Mitt Romney in 2012, the pressure on the administration to cave in sooner rather than later will be immense.

The stakes for the Exxon and the wider industry are just too high.

For Exxon, the Rosneft deals are fundamentally strategic to the future of the company in its quest to get new sources of oil. As Paul Sankey, an analyst at Wolfe Research told the Financial Times, “Russia was going to be Exxon’s next mega-area. And the list of mega-areas in the world is very short.”

But its joint ventures do not just stretch into the Arctic, they also include development of the Bazhenov shale of western Siberia. Although we always have to be extremely cautious of industry hype, Bazhenov is said to be a beast: one of the last great elephants there is.

Russian shale deposits, including for Bazhenov, where Shell’s joint venture is also located, are estimated by the US Department of Energy to be 75 billion barrels. That is the largest shale reserves in the world and would dwarf those in the US.

So as often in the past it will come down to those trying to protect democracy and the rule of international law and human rights fighting the brutal economic muscle of the oil industry, desperate to get its hands on lucrative reserves of crude.

Just for once you hope that democracy and concern over human rights wins through.