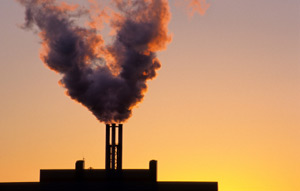 Next week, on the 23 September, the United Nations will hold its most important climate summit for years in New York, which will attended by some 125 heads of state.

The New York gathering is seen as a crucial launch-pad for political action at next year’s crunch Paris climate meeting, where world leaders will be expected to sign up to binding cuts in carbon emissions.

As the climate crisis gathers momentum, two days before the meeting, the largest climate march in history will happen in New York on Sunday, where hundreds of thousands of people are lined up to show world leaders that we need urgent action to address the climate crisis. Similar marches are due to happen in London and other cities, too.

I will be blogging more on the climate march tomorrow, but in the meantime, to coincide with the New York summit, a group of former world leaders and economists working with the UN, the OECD, the International Monetary Fund and the World Bank have written an assessment on what is needed to tackle climate change. Their report, which is being published later today, is called the Global Commission on the Economy and Climate.

The Commission is chaired by former President of Mexico Felipe Calderón, but it includes people like by Lord Stern, whose original 700 page report, published in 2006, on the economics of climate change remains hugely influential. Nobel prize winners such as Daniel Kahneman and Michael Spence acted as advisors.

The report argues we can tackle climate change and have economic growth, but the window for action is growing ever smaller. The time for action is now.

“The next 15 years will be critical” the Commission contends, as the global economy undergoes a deep structural transformation. It will not be ‘business as usual’  … Future economic growth does not have to copy the high-carbon, unevenly distributed model of the past”.

The commission argued that the estimated $90 trillion likely to be spend on infrastructure in the coming 15 years could be funnelled towards low carbon technologies . “This is a massive amount of investment firepower that could be geared toward building better cities, and better infrastructure for energy and agriculture,” argued Jeremy Oppenheim, who led the research team.

Writing in the Guardian newspaper today, Lord Stern argues that “What is now becoming clear is that reducing emissions is not only compatible with economic growth and development; if done well, it can actually generate better growth than the old high-carbon model.”

He adds that “If the world is to limit global warming to no more than 2 degrees celsius above pre-industrial times, global emissions will have to peak and then begin to fall in the next 10-15 years. That requires a major shift towards low-carbon investment.”

Stern maintains that that two policy shirts are necessary: Firstly he argues that you need a “strong and rising carbon price” and secondly “governments should achieve a strong and equitable international climate agreement next year. Such an agreement would send a powerful market signal that the future of the global economy will be low-carbon.”

The report also calls for rich countries to stop building coal fired power stations and for all countries to phase out fossil fuel subsidies, something Oil Change International and others have been campaigning about for years.

“While subsidies for clean energy amount to around US$100 billion, subsidies to polluting fossil fuels are now estimated at around US$600 billion per year”, the report outlines. “Phasing out fossil fuel subsidies can improve growth and release resources that can be reallocated to benefit people on low incomes.”

If nothing else if world leaders pledged to scrap fossil fuel subsidies next week – and crucially robustly and rigorously implemented that pledge – then that would be a start.