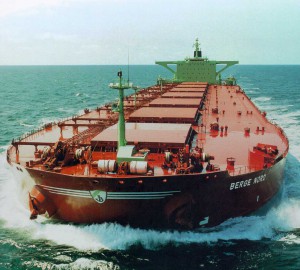 For years the oil industry has been lobbying the Obama Administration to lift the US export ban of crude oil, which has been in place since the Arab oil embargo of the 1970s.

The calls have become greater as the fracking boom has led to a significant increase in domestic production.

And now their clarion calls have been joined by the head of oil giant Shell, Ben van Beurden, who was speaking at an energy conference at Columbia University in New York, yesterday.

“I don’t think it would be sensible to argue for an immediate opening overnight, but a systematic and gradual opening up of the export ban would be a sensible thing to do,” said van Beurden.

Van Beurden is a thirty-year Shell-man who became the chief executive of Shell in January this year. In his first major policy speech since taking Shell’s top job, he argued that US oil and natural gas exports “would reinforce the long-term future of North American energy production,” and “help to make the global energy system much more stable”.

Although Congress is unlikely to lift the export ban any time soon, back in March the US Administration allowed two companies, Enterprise Product Partners and Pioneer Natural Resources, to export condensate. Subsequent applications have been put on hold.

Yesterday, Commerce Secretary Penny Pritzker said that “At this point our policy regarding crude oil exports remains as is.”

How long this position holds is anyone’s guess, but environmental groups, including Oil Change International, have also long pointed out that the controversial Keystone XL pipeline – if it is approved is essentially an export pipeline.

The US is also under pressure from the European Union, South Korea and Mexico to lift the ban and export crude.  The EU wants oil and gas exports to be covered by a secretive and highly criticised proposed trade agreement with Washington, called the Transatlantic Trade and Investment Partnership.

In contrast, many environmental organisations have long argued that lifting the ban would be a really bad idea. Last year Oil Change International issued a report on why the ban should not be lifted.  As David Turnbull argued in a blog post, there are numerous reasons why lifting the export ban would be bad for the climate and consumers.

David also pointed out that lifting the restrictions would increase profits for oil drillers and encourage new oil development at the same time as we need to be weaning ourselves off oil.

“Scientists have shown that we already have far too much oil (and gas and coal) than we can afford to burn if we want a safe climate. The Intergovernmental Panel on Climate Change and the International Energy Agency warn that at least two thirds of existing proven global fossil fuel reserves need to be left in the ground,” he said.

Finally, David pointed out that the US still consumes twice as much oil as it produces. “If Big Oil were genuinely concerned about US energy security, why would they advocate exporting their oil overseas?” he asked.

It is a question that maybe Van Beurden would like to answer, as well as the issue that Shell has ducked for decades: climate change.