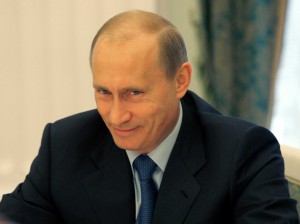 As Europe gives Russia a week’s grace to reverse its military action in Ukraine or face a new round of sanctions, the oil industry just carries on investing with Russia regardless.

And maybe it is time for the EU to target a Norwegian company that seems to be circumventing the sanctions with ease; whilst putting the climate and Arctic at risk at the same time.

In the final days of July, just as sanctions were about to be imposed on Russia, the Norwegian company, North Atlantic Drilling (NADL), signed a whopping $4.25bn deal with Rosneft.

The deal, to build six rigs to operate in the Russian Arctic, is the biggest in NADL’s history. It is also seen as crucial to Rosneft in its ambitious plans to drill in the Arctic.

But there has been little scrutiny of what the Norwegians are up to. Remember in the summer the outrage over France’s $1.2 billion contract to sell Mistral warships in Russia?  The Norwegian deal not only dwarves that, but is far more economically strategic, and yet, as the Financial Times points out this morning, criticism of the deal has been relatively muted.

The Deputy Head of the Opposition Liberals in Norway, Ola Elvestuen, has managed to call the deal “unfortunate”, arguing that “Norwegian companies should avoid Rosneft in the current situation.”

But the oil industry just seems to carry on regardless. Alf Ragnar Lovdal, NADL chief executive, is said to be unapologetic about the deal. And you can see why. It is extremely lucrative business for the Norwegians, its rig is the Kara Sea is being charged out at a cool $552,000 a day and is due to be contracted out to Rosneft up until 2022. Another one, due to be employed from 2015-20 comes in at $628,000 per day.

NADL’s parent company is SeaDrill, the world’s biggest drilling rig company. It is ultimately controlled by the London-based billionaire John Fredriksen, who is Norwegian by descent but now holds a Cypriot passport. He is one of the world’s most richest men. But it would also be easy for the Americas to take action against NADL. They listed their shares on the New York Stock Exchange in January this year.

SeaDrill are also blasé about how sanctions might affect their business. Rune Magnus Lundetrae, the chief financial officer of Seadrill argues that  “We’re not very worried” about sanctions. “Rosneft is a very good and constructive partner for us.”

So if the EU or the US wanted to get tough with the Russians, why not target the oilmen, often based in London or Norway, who are carrying on investing in Russia regardless. It would help democracy in Ukraine, as well as the fight to save the Arctic and the climate.  Now that would be joined-up  international policy making.