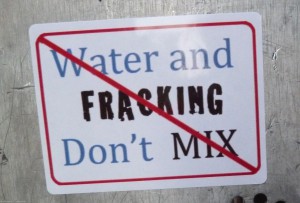 Last month, when the British Government announced that half the UK would be opened up to fracking, it was widely reported that the country’s treasured National Parks would be protected.

Despite these assurances, UK regulators have given one oil and gas company the go-ahead to dump nearly six million cubic metres of potentially radioactive water under a national park, the North York Moors, while drilling for natural gas.

Anti-fracking campaigners fear that this precedent means that Britain’s national parks could soon be under threat from the fracking boom, especially as the Government legally requires licence holders to maximise economic recovery of oil and gas.

Third Energy (formerly called Viking), which is backed by banking giant Barclays, wants to develop plans to exploit its Ebberston Moor Field. Although the London-based company’s plans currently relate to drilling for conventional gas, anti-fracking campaigners are worried that Phase two of the development could involve fracking. The North York Moors are said to be rich in shale gas, which would have to be fracked to be exploited.

The company contends that the local geology makes the risk of pollution to groundwater drinking water ‘very low’.  The main risk would be due to failings in the re-injection well itself rather than leakage from the sandstone aquifer, especially as the well passes through aquifers which supply local drinking water.

One local water company, Yorkshire Water is concerned about the re-injection well which travels through the rock where they draw water for their customers, called the Corallian limestone aquifer. Documents released under British Freedom of Information laws reveals that the Environment Agency has been told by Yorkshire Water the ‘activity may directly affect their asset’.

So not only could these water supplies be affected if there is a failure of the conventional re-injection well, but also if Phase 2 of the project involves fracking, there is growing cause for concern.

It has long been reported that fracking can contaminate local water supplies. But now the Los Angeles Times is reporting new research released yesterday by Stanford University scientists, which reveals that oil companies are fracking for oil and gas at far shallower depths than widely believed, including in and through underground aquifers of drinking water.

According to the Times: “their work is certain to roil the public health debate over the risks of the controversial oil and gas production process”.

Unbelievably under the 2005 Energy Policy Act, fracking is not actually prohibited in underground drinking water sources, although the industry has always contended that it fracks much deeper than any drinking aquifers.

However the researchers examined fracking in the Wind River and Fort Union geological formations which make up the Pavillion gas field, which contains both drinking water and natural gas.

“Thousands of gallons of diesel fuel and millions of gallons of fluids containing numerous inorganic and organic additives were injected directly into these two formations”, they said.

Alarmingly the Times points out that “there is no way of knowing the effects of fracking into groundwater resources because regulators have not assessed the scope and impact of the activity.”

The oil industry always retorts that there is nothing to worry about and that the layers of rock between where the fracking occurs and drinking water are impermeable and therefore there will not be any pollution. DiGiulio points out that it is not that simple and “it is an extremely heterogeneous environment, with areas of low and high permeability mixed together and with many lenses conducting water.”

Robert Jackson believes that there is cause for concern. “It’s true that fracking often occurs miles below the surface,” he says. “People don’t realize, though, that it’s sometimes happening less than a thousand feet underground in sources of drinking water.”

Back in Britain, the residents of the North York Moors have real reason to be worried.