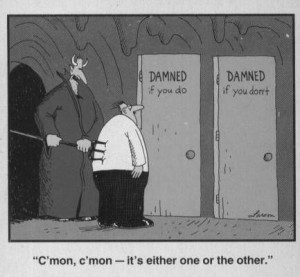 As we release our North American crude-by-rail online map and report, it is worth taking a look at one of the most repeated false claims that the oil industry and its supporters make about crude-by-rail.

A major talking point for pipeline proponents is the assertion that crude-by-rail is growing simply because pipeline projects are being blocked by environmentalists.

In particular, the ongoing battle over the Keystone XL tar sands pipeline is often cited as a trigger for crude-by-rail.

Nothing could be further from the truth.

The truth is that crude-by-rail has grown in spite of, not because of, pipeline permitting delays.  The industry is in fact simultaneously pushing both pipelines and increased crude-by-rail on the North American public.

In reality, suggesting there is a choice between pipelines or crude oil trains is a bit like suggesting that being hit by a bus or a truck is a valid choice. You lose either way.

Crude-by-rail is the preferred method for oil producers to ship oil out of the North Dakota Bakken oil field, over pipelines.

Some 70 to 80 percent of crude oil loaded onto trains in the U.S. and Canada today is loaded in North Dakota. These oil producers have found that sending their crude to market by rail is a better deal than sending it by pipeline. As a result, two major pipeline projects that were designed to bring North Dakota crude to market (the Bakken Crude Express and the Dakota Express) have been cancelled for lack of interest from oil producers.

Interest from Bakken producers to take advantage of Keystone XL has waned because of rail’s rise, not because of the delay in the Keystone XL decision.

Keystone XL is a pipeline designed to bring tar sands crude from Alberta, Canada to the Texas Gulf Coast to feed refineries that are primarily focused on exporting diesel, gasoline and petcoke. While there was interest from some North Dakotan oil producers to fill a small percentage of the pipeline’s capacity via a branch into North Dakota, interest has waned as rail has proven to be a more convenient option over pipelines.

So crude-by-rail has emerged as just another dangerous aspect of the ongoing North American oil boom, rather than as a response to increasing public scrutiny of pipeline projects.

Transporting crude oil in any fashion poses dangers. Both spill. Both carry a commodity that is destroying our climate. The choice between more crude-by-rail and more pipelines is not a choice we should have to make.

The fact is that the more industry drills, the more they spill. Pipeline spills have increased recently as have crude-by-rail accidents.

While we need much stronger regulation and enforcement to reduce the number of spills from both methods and hold those responsible to account, ultimately we need to end our dependence on oil and other fossil fuels in order to protect our climate and our communities.

The choice we should be making is not between dangerous crude oil trains or dirty pipelines, but between a clean energy future and a safe climate on the one hand, or business as usual, a wrecked planet and blighted communities on the other.

The right choice is very clear.