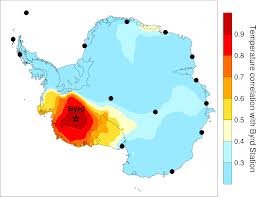 For years climate scientists and campaigners have wondered what the tipping point will be when politicians finally take the necessary decisive action on climate change.

The fact that many parts of the world, especially in low or middle income countries, are being ravaged by extreme weather, droughts, and floods is increasingly not seen as newsworthy in the west.

Many naively thought that when an American city went underwater that people and politicians would sit up and notice. But New Orleans and Hurricane Katrina came and went and business as usual continued after a clean-up and cost of $125 billion.

The insurers may have squealed, New Orleans tried to rebuild it battered and bruised soul, but life for the rest of us went on.

Some then thought it would take a city like New York to go under water for the tipping point to occur. But that too happened with Hurricane Sandy costing an estimated $65 billion.

The stark reality is that Big Apple bobbing about in water made no difference to the politicians in Washington or other influential capitals where the oil industry lobbyists stalk their prey: London and Brussels.

For years climate scientists have warned that Katrina and Sandy would be small fry if the West Antarctic ice sheet melts and sea-level rises permanently, not just in storm surges.

And so comes the news that should, in any rational world, be the tipping point.

Scientists at the University of California and NASA are convinced that the melting of the West Antarctic ice sheet has “passed the point of no return” and parts of it are rapidly melting.

We should be concerned as the ice-sheet contains up to 10% of Antarctica’s total land ice volume, enough to raise the global sea level by 15 feet if it melts, or put another way some 4.6 metres.

It goes without saying that this would alter life as we know it, with many coastal cities and communities under water.  Many inland areas would be uninhabitable too.

That’s not saying it is going to happen overnight. It could take centuries for this to happen. But does this last fact make it OK to do nothing?

Let’s look at the details for a moment. What one set of researchers found was that six glaciers on the West Antarctic Ice Sheet are rapidly melting. Just these glaciers have enough water in them to boost sea levels by 4 ft or just over a metre.

They have “passed the point of no return,” Eric Rignot, a glaciologist with UC-Irvine and NASA, who is the lead author said in a statement. “The retreat of this ice seems to be unstoppable. This retreat will have major consequences for sea level rise worldwide.”

Another new study by researchers at the University of Washington believes that the Thwaites Glacier—one of the six Antarctic glaciers also studied in the NASA paper—could collapse within 200 to 500 years. This is in turn could lead to the entire loss of the West Antarctica ice sheet.

What the scientists are saying is that – although it could be hundreds of years away – the collapse is inevitable, and sea-level rise will wipe out many major cities and displace hundreds of millions of people.

This alarming news has rightly made headlines around the world, but it has hardly dominated the news agenda.

And you might think that it would finally be the tipping point where politicians and the press call for radical action.

London is one city where millions will be displaced. So you would think the fact that the city will be underwater would lead to radical action.

London’s paper, the Evening Standard, symbolises the disconnect right now in society. The headline in the paper copy of the paper today calls for a new runway at Heathrow.

The headline says: “Heathrow expansion will ‘bring a £100 billion windfall’”. It says a new runway will create 100,000 new jobs and fly to 40 new destinations, citing figures from the Airport’s owner.

The Heathrow bosses also plan to make the London orbital Motorway, known as the M25, up to sixteen lanes wide in some sections, so more people can drive to the airport to fly.

And so we get to the rub: scientists are saying that, due to man-made climate change, sea-level is rising faster than we expected and will rise several metres in the coming centuries. This is not some climate model, this is happening.

But our response is blinkered and blinded by our addiction to fossil fuels. Not only did we not change our behaviour to try and make the problem better.  We just carry on making it worse.