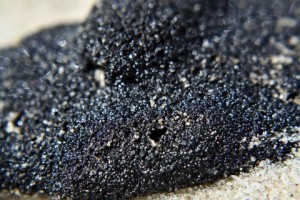 As the Senate is poised to take what could be a decisive vote on whether to approve the controversial Keystone XL pipeline, which would transport Canadian tar sands across the US, America’s own tar sands industry is quietly expanding.

The latest state to develop its fledgling tar sands industry is Alabama.

Back in July last year, the Governors of Alabama and Mississippi formed a partnership to study the tar sands resources in the two states located in the Hartselle Sandstone. At the time, the Governors said that there were an estimated 7.5 billion barrels of oil in the reserves.

Justifying the decision, Alabama Governor Robert Bentley said that “fossil fuels will continue to be an important source of energy for the foreseeable future.  We simply must continue to develop our North American fossil fuel resources in a safe and responsible manner.”

The two Governors admitted that they were looking at Canada to learn how to exploit the dirty tar sands.

The irony of learning lessons on tar sands extraction from Canada is not lost on campaigners. Alison Grass from Food and Water Watch argues that ironically “Canada should be used as a prime example – of why developing the Hartselle Sandstone is a short-sighted and irresponsible idea.”

And despite Canada representing a model in unsustainable carbon extraction and reckless exploitation, which can only wreck the climate, the oil industry has started consulting residents on the proposed developments.

Last month, local residents were warned about how one company, M-S Industries is seeking to exploit 2,500 acres in Lawrence, Franklin and Colbert Counties to dig for tar sands in the local Sandstone.

The company argues that the bitumen, which will be extracted via open pit mining, will be primarily used for road paving.

“This company is intending to strip-mine for tar sands in these counties,” warned Charles Rose of the Shoals Environmental Alliance.

“This is a dirty, destructive industry, and we’re afraid it will preclude another, cleaner, more desirable, more sustainable industry coming into our county. We have tourism here that could be developed,” Janice Barrett, an organiser of a meeting against the proposals, told local residents.

Indeed many locals are not impressed with the company’s plans. Jim Lacefield, a retired University of North Alabama geology professor, and the author of the book “Lost World in Alabama Rocks,” who lives in Colbert County, warned that the land “will be impacted for many generations to come”, due to the mining.

Activists also point out that, with Alabama’s Lawrence, Franklin and Colbert Counties sitting just below the Tennessee River, tar sands extraction could put the river and its wider ecosystem in jeopardy.

Meanwhile, drilling is expected to commence next year once regulatory approval has been secured.

Alabama’s Oil and Gas Board is currently drafting draft regulations, which will be presented in the coming months.  And if they are anything like the Canadian regulations, they will be insufficient to protect the environment and public health.

For more information, check out the local Facebook page.