The State Department announced a delay in their Keystone XL review process today, as they wade through 2.5 million public comments, as well as work to get a handle on the fact that thanks to a Nebraska Supreme Court ruling, there is currently no legal route through Nebraska.

This announcement is a good thing, from a climate perspective. Every day that the Keystone XL tar sands pipeline remains unbuilt is a day that it is not pumping hundreds of thousands of barrels of the dirtiest oil on the planet through our heartland to be shipped abroad. That’s a good thing, to be sure.

But what would be even better is if this project was rejected once and for all. Such a decision would show our future won’t be dictated by Big Oil’s bullying, and would reflect a true understanding that we must move quickly in a new direction if we are to avert a true climate catastrophe.

You can read our full response here…But it’s also easily summed up by this graphic: 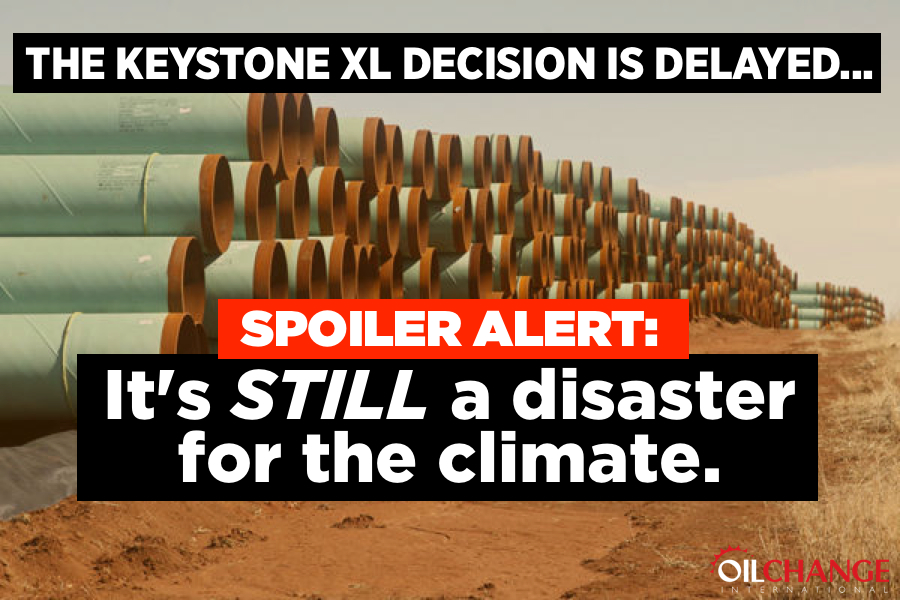 Of course, some members of Congress were quick to respond as well…and their responses may as well have been scripted by the oil industry itself. 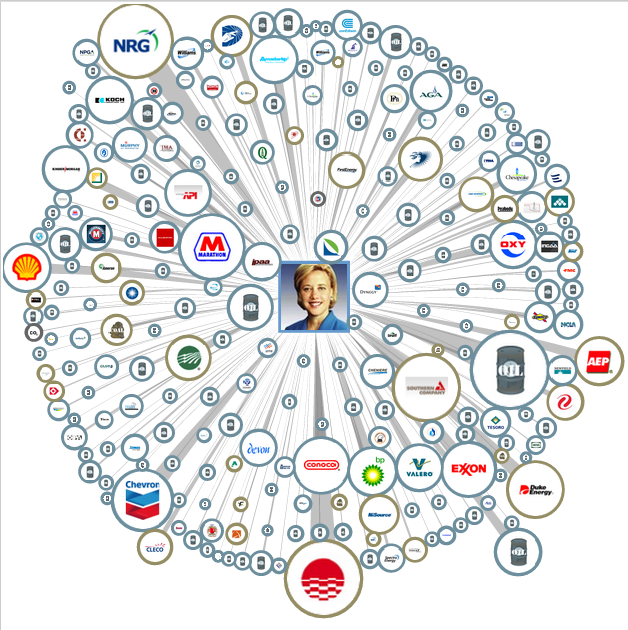 Senator Mary Landrieu, possibly Big Oil’s favorite Democrat, was quick out of the gate, vowing to take “decisive action” to circumvent the legal process and push approval of the pipeline as Chair of the Senate’s Energy Committee. Of course, this should come as no surprise given the $1.1 million in campaign contributions she has received from the oil industry.

Not to be outdone, the leaders of the Republican caucuses in the House and Senate both quickly put out statements as well…Senator Minority Leader Mitch McConnell cited inflated oil industry jobs claims while Speaker of the House Rep. John Boehner repeated the industry’s oft-refuted claim that the pipeline would help with the Ukraine crisis. Rep. Boehner’s Big Oil campaign receipts? Over $1 million. Sen. McConnell’s? Over $1.2 million from the oil industry alone. 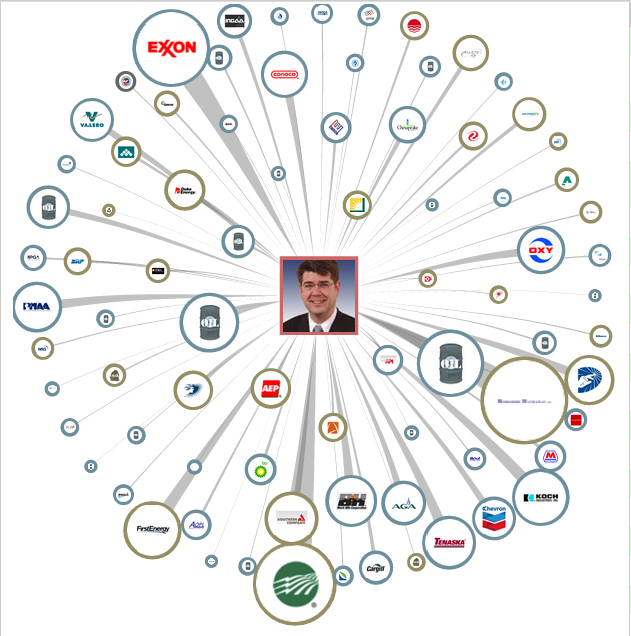 And finally, TransCanada’s biggest cheerleader, Nebraska Representative Lee Terry continued his defense of Big Oil at the expense of his constituents. It seems he’s chosen to listen to the $560,000 in Dirty Energy Money over the voices Nebraskans across the state calling for rejection of the Keystone XL pipeline.

All told, members of Congress defending the Keystone XL pipeline today account for over $4 million in Big Oil campaign contributions. It’s no wonder they continue to parrot the industry’s talking points.

Today’s announcement by the Obama administration to delay the review process was spurred by the fact that the route through Nebraska remains in question. That reality makes next week’s Reject and Protect encampment in Washington, DC all the more timely. Throughout the coming week, Native Americans from along the proposed pipeline route will be riding side-by-side with ranchers, farmers, and landowners from the Heartland to call, once again, for the complete and final rejection of the Keystone XL pipeline.

The question remains: Will Secretary Kerry and President Obama choose to bow to the demands of the oil industry as too many members of Congress have done? Or will they listen to the actual constituents they are meant to represent who are demanding loud and clear that their lands and climate be protected from this dirty tar sands disaster?