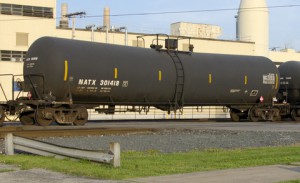 An influential Senator yesterday accused oil companies of prevaricating over providing data to American regulators about the safety of crude by rail trains.

Jay Rockefeller, the long standing senator from West Virginia, who is chairman of the Senate Commerce, Science and Transportation Committee, accused the oil industry of breaking a voluntary promise to regulators to give them additional safety data.

“Just last month before the Commerce Committee, the crude oil industry assured us they were focused on safety and willing to work on this issue,” Rockefeller said in a statement. “Since then, I’ve seen nothing to convince me this was more than just lip service.”

Rockefeller, a great-grandson of oil tycoon John D. Rockefeller, continued that the “Industry must step up to provide the highest level of safety to the millions of people whose communities these freight trains travel through every day. And I intend to make sure this happens.”

Rockefeller’s intervention into the debate comes after sixteen other senators sent a letter to the Senate Committee on Appropriations urging it to create a Safe Transportation of Energy Products Fund, which means there would be money to pay any victims of an accident. They also called for the the numbers of inspectors to be increased.

The letter, led by Maria Cantwell (D-Wash.) and Heidi Heitkamp (D-N.D.), argued that the rail system in the United States “has seen a 6,000% increase in crude on rail since 2007,” driven largely by significant increases in energy development from the fracking fields of North Dakota and Montana.

They added that “In light of several tragic accidents involving crude-by-rail trains — including the most recent derailment and explosion of tanker cars carrying crude oil near Casselton, North Dakota — communities stretching across our country from the Midwest to coastal ports and refineries are rightly concerned about the safe movement of these combustible products.”

The Senators called for “full funding for the Safe Transportation and Energy Products Fund” as being one way of supporting new rules for crude by rail safety. “Americans need to have confidence that transport safety issues are being addressed comprehensively”, they argued.

New rules are definitely needed. Last month, I pointed out that an analysis of oil spilled in the transportation process by Oil Change International using data from the Pipeline and Hazardous Materials Safety Administration’s Office of Hazardous Materials Safety Incident Reports Database revealed that due to the increase in the amount of crude travelling by rail, the number of spills from trains increased by 10 times from 2008-2013.

And now the Canadian press is reporting that regulators in North America are relying on tests that underestimate the risk of an explosion. The Globe and Mail points out that the “current testing regime was not designed for unrefined crude and, as a result, can play down the dangers of shipping some light crude oils”.

It seems that reform cannot come soon enough, before there is another catastrophe.