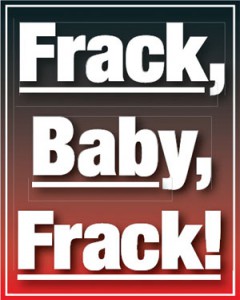 Slowly the science is catching up with fracking. Nearly every month a new scientific paper is published warning of the serious ecological or health harm caused by the controversial process.

You could argue that for many communities in the US the science will come too late. Here the industry is loosely regulated and there have hardly been any scientific studies so far.

By the time the hard evidence comes in, their wells will be fracked and their communities destroyed: people will have been the unwitting guinea pigs in the frack industry’s experiment with their health.

Often we think of America’s fracking wells out in rural areas, but over 15 million Americans now live within a mile of a well that has been drilled and fracked since 2000. That is a lot of people.

In the UK, where there is much greater population density, people would have to live near fracking wells, too.

So in the UK will things be any different?

One of the industry’s biggest cheer-leaders, Lord Browne, argues that it could take five years and the drilling of 20 to 40 fracking wells to judge whether the UK even has a viable shale gas industry.

Although Browne believes that drilling fracking wells should be “a national imperative” for the British, he has a problem. We already have several studies which show significant harm to health and the environment.

Last month I blogged about new research linking fracking to impacts on babies. Research was presented at the annual meeting of the American Economic Association which examined the impact of fracking on birth weight in Pennsylvania, home to many fracking wells. The scientists found that the closer babies were to fracking sites, the lower the birth weight.

Now a new study has been published, in the journal Environmental Health Perspectives, examining the health of women in rural Colorado. It too found evidence of harm.

Researchers from the Colorado School of Public Health analysed birth defects among 125,000 births from towns with fewer than 50,000 people between 1996 and 2009. They examined the relationship between the proximity to natural gas wells and birth defects. And once again what they found should be another red flag.

Babies born in areas with the highest density of wells were more than twice as likely to have neural tube defects, such as spina bifida, than those living with no wells within 10 miles. Those living in the areas with most wells also had a 30 percent greater risk of congenital heart defects than those who did not live close to wells.

“What we found was that the risk of congenital heart defects (CHD) increased with greater density of gas wells — with mothers living in the highest-density areas at greatest risk,” Lisa McKenzie, a research associate at the Colorado School of Public Health and the lead author of the study, told the media.

Interestingly, the researchers did not find a relationship between low birth weight and fracking as the Pennsylvania study had done. What this tells us is that two surveys have shown a link between fracking and harm to babies.  More research is urgently needed, say the authors, who argue that air pollution could be causing the defects:  “exposure to benzene is a plausible explanation for the observed associations”.