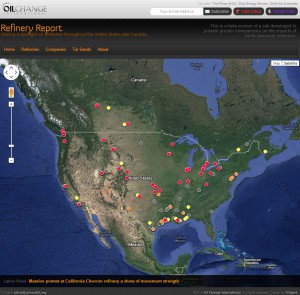 www.refineryreport.org enables users to discover how much tar sands crude is being processed at U.S. refineries and which Canadian refineries are regularly refining this dirty source of crude.

The data for U.S. refineries covers years 2010-2012 and a full analysis, summarized below, gives details of which refining companies process the most tar sands feedstock, as well as a regional breakdown of tar sands flows. These estimates were made by cross referencing multiple data sources and we believe them to be the best publicly available estimates of tar sands refining at American refineries.

The Flint Hills refinery in Pine Bend, Minnesota, refines more tar sands crude than any other refinery in the United States, over 200,000 bpd. Tar sands crude made up 77 percent of the refinery’s feedstock in 2012. Flint Hills Resources is a subsidiary of Koch Industries, which is privately owned by billionaire right wing activists Charles and David Koch. The much smaller (10,000 bpd) Calumet refinery in Great Falls, Montana is the only U.S. refinery to rely on tar sands crude for 100% of its feedstock. 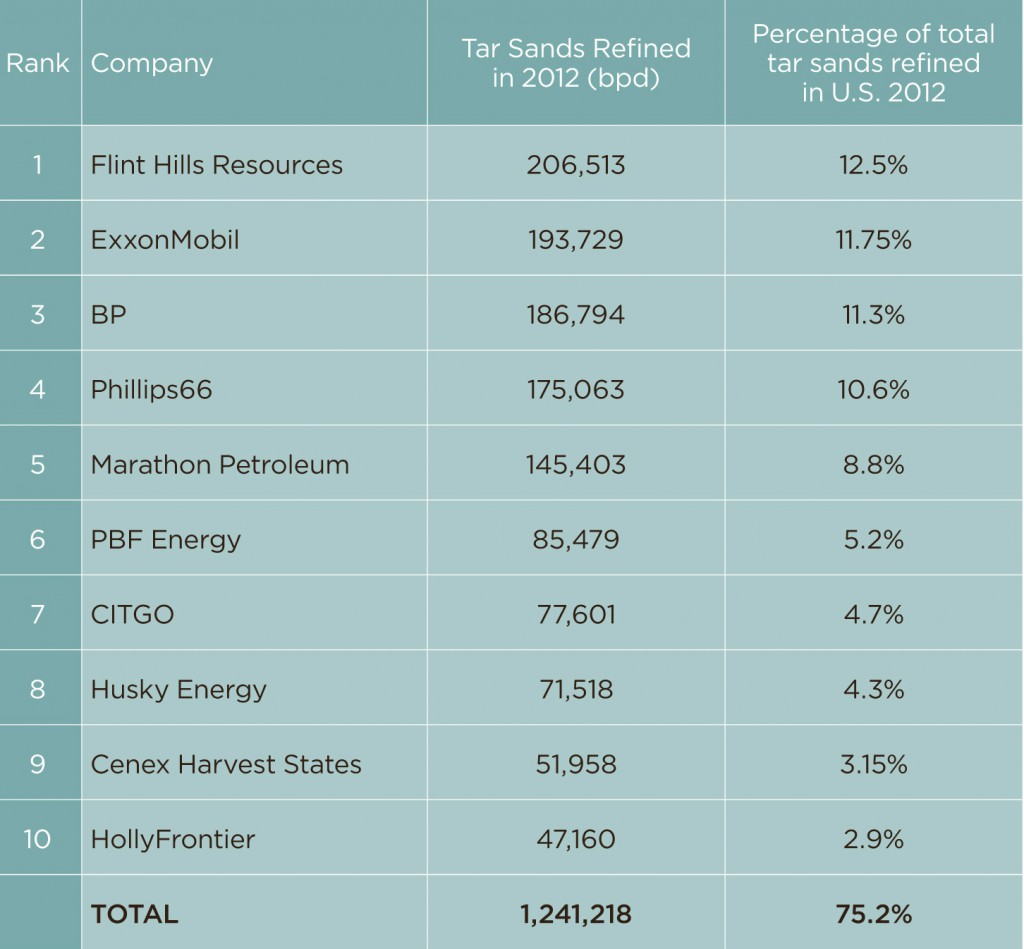 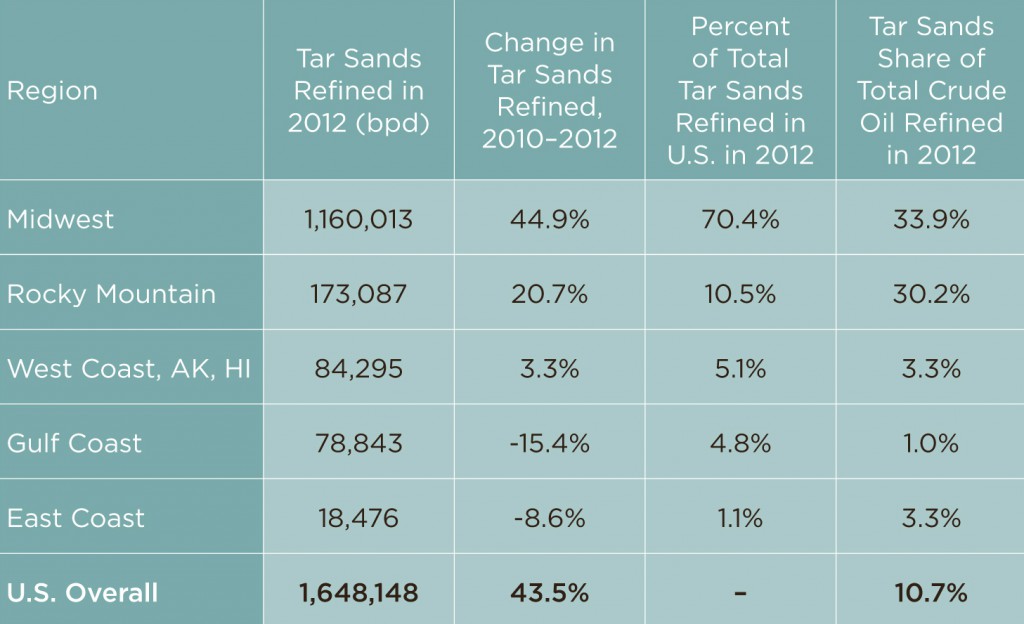 Despite being home to over half of America’s refining capacity, the Gulf Coast region (PADD 3) accounted for less than five percent of tar sands crude refined in the U.S. in 2012. Tar sands crude supplied one percent of the region’s refinery feedstock during the year.

With a large number of refineries already equipped to refine heavy tar sands crude, the Gulf Coast region is the number one target for expanding the market for tar sands crude. The expansion of the Seaway Pipeline, which runs from the Cushing, Oklahoma pipeline hub to the Texas Gulf Coast, and the completion of the Keystone Gulf Coast pipeline, which follows a similar route, will increase the flow of tar sands crude reaching the region beginning in early 2014. However, without the Keystone XL pipeline linking Alberta to Cushing, the amount of tar sands crude reaching Cushing will be limited. It remains to be seen to what extent rail or other pipeline expansions may bridge this gap.