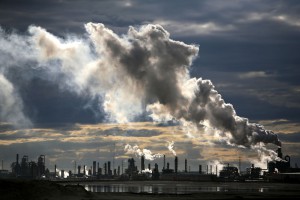 For years the Canadian government has been lobbying governments across Europe not to “discriminate against the tar sands” as the EU implements its ground-breaking climate legislation called the Fuel Quality Directive.

The Canadians have argued that the carbon intensity of tar sands production is similar to other crudes and therefore should not be “discriminated against”.

For years, the Canadians have also been lobbying the Obama administration to approve the highly controversial Keystone XL pipeline.

On both sides of the Atlantic, a central part of their lobbying campaign has been the claim that the exploitation of the tar sands is both economically and ecologically sustainable.

But the tar sands industry has a dirty little secret that has overwhelming political and economic consequences for the development of the tar sands.

According to a new scientific analysis, many tar sands wells are actually using more energy than they produce.

From an economic and environmental perspective, this is total madness.

In fact, according to the paper, the only reason that these wells are in any way economical is due to the prevailing low natural gas price in North America.

If and when the price of natural gas increases, these wells will go bust.

So what is going on?

Some of the most iconic and disturbing images associated with the tar sands are huge open pit mines, with vast dumper trucks, but this production method is increasingly being outdated as producers move to develop deeper bitumen deposits.

They are extracted in a process called Steam-Assisted Gravity Drainage, or SAGD for short, which has now become the extraction method of “choice”.

SAGD uses two wells: one to inject steam to heat and reduce the viscosity of the tar sands, and one to collect the oil.

So a study carried out at the University of Calgary, published in the journal, Fuel, has examined the energy and emissions intensity of operating SAGD projects, and argues that “SAGD requires large amounts of energy and emits significant volumes of greenhouse gases”.

The scientists conclude that the thermal efficiency of SAGD projects varies immensely due to the huge differences in geology and differing properties of fluids used in the extraction process.

“Actual oil sands reservoirs are completely different from the homogeneous sandstones with uniform fluids envisaged by the reservoir engineers that developed the early SAGD process,” the scientific paper warns.

Field data suggests that these wells are operating with a thermal efficiency of less than 40 per cent, with some wells even less efficient.

The scientists conclude that:

“many operations exceed this value and thus are not net energy generation processes yet may be ‘‘economic’’! With disconnected price markets for natural gas and bitumen, it is possible for bitumen recovery under these conditions to be economically viable today even though it makes no sense to pursue such an energy inefficient process“. (Our emphasis added)

So many wells are using more energy than they produce. However because tar sands companies burn cheaper natural gas to produce more expensive oil, the low gas price is hiding how inefficient the wells are.

This led the industry’s top trade journal, the Oil Sands Review, to suggest that:

“From the standpoint of many of Alberta’s thermal bitumen producers, a recent study on the efficiency of SAGD could be titled “Thank God for low natural gas prices.”” (our emphasis added, article behind pay wall).

It goes without saying, the U of C scientists warn, that “in all cases, carbon dioxide intensity is high”.

It also goes without saying that this research is the smoking gun that shows that the tar sands are not economically or environmentally sustainable at all.

The industry, the Canadian government, and the U.S. Department of State, which is analyzing the climate impact of the Keystone XL pipeline, all use data from a handful of SAGD and mining projects to extrapolate a figure for tar sands carbon intensity.

It is clear from this study that if a full survey were conducted, the true climate impact of tar sands production would be much higher than current figures suggest.

As the U of C scientists conclude:

“The results demonstrate that on an energy and carbon dioxide emissions basis, bitumen or bitumen-based energy recovery processes need to step well beyond the capabilities of current steam-based bitumen recovery processes, such as SAGD, if practical and sustainable energy balance and emissions scenarios are to be achieved from the in situ oil sands operations.”

Given that there are dozens of SAGD projects under construction and proposed, it is clear that the tar sands industry is out of control and needs to be stopped in its tracks.

The first step is to stop the Keystone XL pipeline.