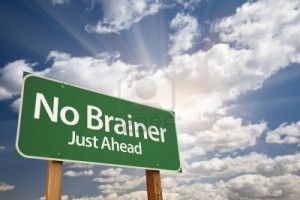 The International Energy Agency’s (IEA) flagship annual report, the World Energy Outlook (WEO), is out today and buried within its 708 pages is a statement that adds to the growing list of expert analyses that support Keystone XL opponents.

While that seems like a no brainer to both outside observers and experts alike, it appears to be contentious for the State Department and pipeline proponents.

The IEA report says this:

In Canada, if the controversies over the Keystone XL pipeline and the pipelines from Alberta to the British Columbia coast were to be resolved quickly, oil sands production could easily grow 1 Mbd (million barrels per day) higher than we project.

It may seem obvious to most of us but this has been resisted by the companies proposing to build these pipelines, TransCanada and Enbridge, as well as other supporters of the tar sands industry.  They have insisted that the tar sands crude would find its way to market with or without these pipelines, a view clearly not shared by the IEA.

That view has become increasingly important for these proponents to hang onto since President Obama made a speech on climate change in June 2013 in which he stated that his decision on Keystone XL would be made based on whether it increased greenhouse gas emissions (GHGs) or not. If the pipeline raises tar sands production it clearly raises GHGs.

The State Department’s analysis of this issue in the final draft of its environmental impact statement for the pipeline may be central to the decision making process. The early draft formed the basis of industry’s assertions that building the pipeline would make little difference to production levels. This was based on a flawed analysis of the ability of rail transport to fill the gap should the pipeline not be built.

The State Department now needs to acknowledge what most industry observers, from the IEA to investment analysts, have recognized all along. That every piece of crude transport infrastructure being proposed is crucial to tar sands production growth. Pipelines are the preferred option for tar sands producers because they provide the most affordable, least vulnerable mode of transport, and once built they guarantee service for multiple decades in a way that the fickle railways do not.

The IEA’s findings today reinforce the overwhelming consensus on Keystone XL and other proposed tar sands pipelines. Building them will increase production and therefore will increase GHG emissions. This clearly undermines the now urgent imperative to constrain climate change before it is too late.