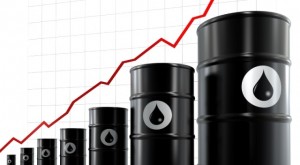 Last week, President Obama lauded the fact that America was poised to become the number one energy producer in the world this year.

“For the first time in a very long time, we’re producing more oil than we’re importing. So we’ve got a lot of good things going for us,” he said.

But the US does not function in isolation. It is a global energy market and most analysts believe the international oil market is balanced on a knife edge, with precious little spare capacity.

On Friday, the Washington Post quoted Robert McNally, founder of the Rapidan Group, a consulting firm who spelt out what for many people is blindingly obvious. “Since oil is globally traded and fungible, reducing imports cannot ensure low and stable prices.”

The paper pointed out that globally spare production capacity is currently 2 to 3 per cent of global consumption, below the 4 per cent level, which is seen as a minimum level for a cushion. At this level, any political unrest could hit prices.

And the futures oil price has already begun to creep up on the news that the Organisation of the Petroleum Exporting Countries (OPEC) reported a slight drop in its September output which averaged about 30 million barrels per day.

And whilst there is also surging production from North America, we could be heading for an oil supply crunch due to growing demand from China.

Last month, the US Energy Information Administration estimated that China had imported a net 6.3m barrels a day of oil, making it the world’s top oil importer, surpassing the US. The EIA now expects China will remain the world’s top importer for the foreseeable future.

China is now gobbling up over 10 per cent of oil demand, up from 5 per cent in the mid-nineties.  And despite the fact that the American fracking revolution has dented the need for America to import oil, the country is still importing almost 60 million barrels of oil a month from the Gulf states.

The problem though is China’s demand.  The South China Morning Post quotes one analyst, Simon Powell, the head of oil and gas research at brokerage house CLSA, who believes that a staggering 10 million new cars will hit China’s roads each year for the next 10 years. And the fastest growing area of sales – increasing by 25 per cent a year – are gas-guzzling SUVs.

By 2035, analysts predict that China’s oil consumption will have nearly doubled to 18 million barrels a day. As nearly all this oil will have to be imported, it can only mean one thing for the price.

The paper quotes the World Bank consultant Mamdouh Salameh who argues that “In the future, China will have to outbid the rest of the world for oil supplies, forcing up oil prices.”

He argues that an optimistic scenario, where there is no new political unrest in the Middle East and widespread acceptance of the dirty tar sands and fracking, that oil will continue to fluctuate between $100 and $130 a barrel. But a more realistic scenario is that with supplies tight and unpredictable politics in the Middle East, “prices will continue to spike over the next five years, occasionally reaching $200 per barrel”.

And we all know what $200 could do to the global economy.

As Steven Mufson, author of Keystone XL: Down the Line, wrote in the Washington Post last week, the challenge for the United States is simple: due to the global nature of oil prices (and there inherent instability) and the threat of climate change, “it has to continue to reduce its dependence on oil, both foreign and domestic.”

Becoming the number one oil producer does not solve the problem.