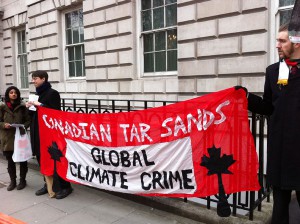 The timing could not be more ironic.

Last Friday, the world’s leading climate scientists gave the world their most authoritative and serious warning yet on climate change.

The scientists said they were 95 per cent sure that global warming was due to human activity – or put another way just as sure as they are that smoking causes cancer.

They said that without “substantial and sustained” reductions in greenhouse gas emissions the world is on course to breach the symbolic threshold of 2C of warming.

And for the first time the Intergovernmental Panel on Climate Change (or IPCC) outlined a “carbon budget” arguing that to keep warming to this 2C limit, total emissions cannot exceed 1,000 gigatons of carbon.

The bad news, they pointed out, is that by 2011 more than half of that total “allowance” – some 531 gigatons – had already been emitted.

“There’s a finite amount of carbon you can burn if you don’t want to go over 2C,” Thomas Stocker, co-chair of the key IPCC’s working group, told the Guardian. “That implies if there is more than that [in fossil fuel reserves], that you leave some of that carbon in the ground.”

Lord Stern, the former World Bank chief economist and author of the landmark study of the economics of climate change, called for urgent talks on the issue of “carbon budgets” and how much each country should be allowed to burn.

And guess which country could blow the whole world’s carbon budget? Canada.

If all the tar sands were extracted and burned it would release billions of tonnes of CO2. However one of the world’s leading climate scientists, Dr. James Hansen, has argued that a “conservative” estimate is that around half of the tar sands could be eventually extracted, which equates to 160 billion tonnes of carbon which would in turn release 587 gigatons of carbon when used.

Add 587 gigatons to what we have already used -531 gigatons- and we are over the 2 degree threshold by a long way.

So Canada wants to blow everyone’s carbon budget just for itself, regardless of what happens to the climate.

So let’s get back to the ironic timing.

The day after the IPCC report was released, the Albertan Government dispatched two senior politicians to Europe as part of their continuing multi-million dollar PR campaign to undermine the EU’s progressive legislation on climate, called the Fuel Quality Directive (FQD).

The FQD, which would discriminate against the dirty tar sands, has been delayed due to a relentless and vicious PR campaign by the Canadians and the oil industry.

So just as the climate scientists tell us we have to act now to reduce out carbon emissions, the Canadians carry on regardless. Their actions are irresponsible to the extreme.

The politicians want to try and sway a crucial vote in the coming weeks by the EU’s Environment Ministers. Just don’t ask the Canadians about the IPCC report, because they obviously don’t care.

As a counter-effort to the latest Canadian lobbying, UK activists have now launched a new campaign website called “Keep the Tar Sands out of Europe.” The anti-tar sands activists will also be holding an event in the UK parliament this Thursday with Indigenous leader George Poitras, the former chief of the Mikisew Cree First Nation and resident of Fort Chipewyan.