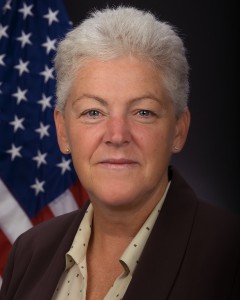 Gina McCarthy’s long-delayed confirmation saga finally came to a close today as the Senate voted to confirm the new EPA Administrator in a 59-40 bipartisan vote.

This is good news for the planet as the vote finally allows the experienced and highly regarded McCarthy to get on with the business of protecting our environment, but the vote also serves to underscore a continuing problem in Washington: the 40 Senators voting against McCarthy would have voted against anyone who would even consider measures that could affect the fossil fuel industry.

McCarthy is a clearly qualified candidate with a history of bipartisan work, but these Senators have taken a combined total of nearly $25 million dollars from the fossil fuel industry – they’re bought and paid for by an industry set on disrupting our democracy and continuing the dirty status quo in order to protect their massive profits.

That works out to 3 times the dirty energy money taken by those voting against McCarthy’s nomination than the average of those voting in favor.

Today’s victory shows that even the industry’s millions can’t stop progress, but the fossil fuel industry’s grip on Washington politics is still suffocating our democracy. Until dirty energy’s influence on our elected officials is ended, Administrator McCarthy (and for that matter, anyone fighting for a safe climate future) can expect fierce paid for opposition in the work to protect our air, water and communities.