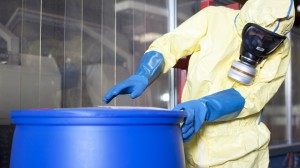 As the oil industry looks to exploit America’s vast oil shale deposits, what is clear is that politicians and regulators are struggling to keep up and protect public health and the environment.

Reuters is reporting this morning that California’s legislators have informed the state’s regulators and oil industry lobbyists they want more information about the controversial use of acid to increase flows in wells. Some people argue that the use of acid could be worse that traditional fracking.

What is worrying the Californians is the use of two acids –  hydrofluoric or hydrochloric acid – which is injected into the ground more extensively in California than elsewhere. Although the use of acid in California’s oil industry stretches back decades, its use is suddenly rocketing, as an alternative method to fracking.

As with fracking, the purpose of using acid is to create openings in subsurface rock formations which will facilitate the release of oil, especially in California’s Monterey shale.

The oil industry is making tentative steps to develop the Monterey shale which if you believe the industry hype could contain as much as twice the much more well-known and explored Bakken shale in North Dakota.

Indeed the oil industry talks about how tapping into Monterey Shale reserves “will be big acid jobs.”

And to develop the shale, the oil industry is experimenting with much larger concentrations of acid. To give you an idea of concentrations – the industry used “tens of thousands of gallons of hydrofluoric acid” on just one well.

And that gives concern for water contamination and public health. Amazingly there are no, repeat no, regulations about acid use on California’s wells.

“These are super-hazardous, poisonous chemicals and we have no idea what they are doing out there with it – how deep it is going, the volumes – nothing,” argues Bill Allayaud of the Environmental Working Group. “Why shouldn’t our state agency be regulating it as we hope they’ll be regulating hydraulic fracturing?”

So once again, the politicians seem to be playing a much-needed belated catchup.

“I’m concerned that the focus on fracking isn’t sufficient to protect public health and safety,” says Senator Fran Pavley, who chairs the senate committee on natural resources and water, says. “Fracking may not be as central to the development of the Monterey Shale as acidization.” She adds: “We have to get this right. Regulators must also keep pace with changing technologies.”

If the Monterey shale is developed, it could set the industry on a collision course with vast sways of people from Los Angeles to south of San Francisco in a belt that stretches 1,750 miles.

Meanwhile the US EPA’s long-awaited study on the impact of fracking on water is going to take longer than expected.

A draft of the report is not expected to be completed until sometime next year, before being finished in 2016. And by that time it could well be too late for many communities across America.

And it is unclear whether the review will cover alternative use of toxic acids.