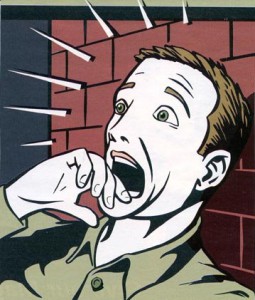 There is increasing evidence that they got it wrong.

In the Market Analysis section of the DSEIS, State concluded:

State’s conclusion was primarily based on analysis from the EIA’s Annual Energy Outlook 2013 Early Release. The EIA has since released analysis that contradicts that initial assessment. However, there were plenty of signs that State should have seen that the tight oil boom poses an increasing threat to the tar sands market, some dating back to before the State Department was tasked with conducting a new analysis of the project.

First some background: Refineries on the Gulf Coast have a high concentration of specialized refining equipment designed to refine low quality heavy sour oil, into high quality petroleum products such as low sulfur diesel and gasoline. Gulf Coast refiners have imported heavy sour oil from Mexico, Venezuela, Kuwait and other distant sources for years, but the prospect of increasing tar sands production, the primary product of which is a heavy sour blend known as dilbit (diluted bitumen), triggered a new wave of investments in specialized refining equipment over the past five years. Refineries in Port Arthur and Houston, Texas in particular invested heavily in this equipment in anticipation of the arrival of Keystone XL, the terminus of which is planned nearby.

The advantage of refining heavy oil is its low cost. Its low quality and requirement for intensive refining mean that only a limited number of ‘complex’ refineries with the appropriate equipment are able to refine it.  Heavy sour oil therefore sells at a discount to light oil, which conversely most ‘simple’ refineries can process with lower capital and operating costs.

Once the equipment is in place to conduct the necessary intensive processing, a refinery’s profit margin is increased by converting discounted heavy oil into high quality products, the price of which is linked to costlier light oil. U.S. refiners have been at a particular advantage in doing this in recent years because the higher energy requirements involved have come cheaply in the form of cheap natural gas – not to mention the free ride the refineries get by not paying anything for the increased CO2 emissions.

So the thinking has been that, although light oil is the primary output of the ongoing North American tight oil boom, the heavy oil refineries concentrated in the Gulf Coast will not be interested in it because they are vested in heavy oil refining. Indeed there has been plenty of speculation that for the tight oil boom to continue, the U.S. ban on exporting domestic crude oil will have to be lifted, as there simply will not be enough refining capacity to handle all the light oil.

On May 1 2012, three days before TransCanada submitted its new application for the Keystone XL revised route, leading Gulf Coast refiner Valero held a conference call with investors to discuss its 2012 first quarter earnings. A major discussion during the question and answer session focused on how Valero was modifying its refineries to handle more domestic light sweet oil.

What we’re doing is looking for every opportunity to run more light-sweet domestic crude. We currently run about 200 (thousand barrels) a day, and we think that we can take that up by perhaps another 200, based on some projects that we’re looking at.

Later on Deutsche Bank’s leading oil analyst Paul Sankey pursued the theme further and asked exactly what the plans were for making those additional 200,000 b/d increases.  CEO William Klesse broke down the plans:

Sankey asked if that can be done without extra capital and Klesse responded, “some spending but minor, very minor.”

Valero’s Port Arthur refinery is one of the major refineries expected to process dilbit from Keystone XL and Valero recently started up a $1.6 billion hydrocracker designed to increase the diesel yield from up to 150,000 b/d of heavy sour crude from Canada or elsewhere. It is noteworthy that this refinery could switch 40,000 b/d of its capacity to light oil with very little investment and raises the question of how much might be switched if circumstances made it profitable to do so. This was the point of Sankey’s next question:

Sankey asked, “…let’s say, for example, Keystone was not approved or it was uncertain for another 3 years, 4 years, whatever? Would you — what would you do then?”

Klesse responded, “Well, what we would be forced to do is look at being able to run more light-sweet — light and medium crudes in some (of) our refineries, because it would all be dependent on what the diff is for the heavy sour.”

And here’s where the new thinking on what is happening with light sweet oil and pricing on the Gulf Coast really gets interesting.

The “diff” that Klesse refers to is the price differential between heavy sour oil and lighter oils. While heavy sour is probably always going to be at some discount to light oil because of its low quality and limited market, the abundance of light oil coming into the market from Texas and elsewhere is forcing prices down for U.S. light oil on the Gulf Coast.

The potential for this to become a ‘structural’ discount, in which those light crudes will remain discounted for a prolonged period, is raising the possibility that refiners may prefer to make small investments to run more of those crudes and idle heavy oil units such as cokers, which are expensive to run, whether Keystone XL is built or not.

Exactly one year to the day after the discussion at Valero’s earnings call, May 1, 2013, the EIA made this this topic the center of its weekly update on the U.S. petroleum market, This Week in Petroleum.  The commentary focused on where all the light oil being produced in America would find a market given that its export is restricted. The EIA noted that Gulf Coast refiners may reduce heavy oil processing in favor of discounted American light oil:

U.S. light sweet crude could be priced at a sustained discount relative to comparable international seaborne crudes by an amount sufficient to encourage its use in refineries along the Gulf Coast that are optimized for heavier crudes. (…)  In the short-run, U.S. refiners that switch from heavy to light crude may need to reduce their total volume of refinery runs given operating constraints that limit their ability to handle light fractions. Over time, these refineries may invest capital to increase the capability to run light crudes. For example, they may increase capacity to process light ends from distillation to avoid reducing crude input volume when running light crudes.  (…) Complex refineries in the United States may idle or cut back the use of cokers and other secondary processing units designed to support heavy crude processing.

Thus, EIA’s latest analysis is in stark contrast to State Department’s DSEIS that stated, “although refiners can be expected to make adjustments in their operations to take advantage of the increased supply of light crudes on the markets, shutting down their heavy crude upgrading units would likely be the most inefficient and expensive option.”

And Valero confirmed just yesterday at an industry conference that it is looking to move more light sweet crude through its heavy oil refineries. In a presentation at Citi’s Global Energy and Utilities Conference, Klesse told a group of analysts:

Then you have the Gulf Coast situation.  (…) the world has changed dramatically with all this light sweet oil. Valero was convinced four, five, six years guys ago that the future was processing of heavy oil, heavy sour oil. That’s why we have the cokers, (…) If you were going to build a grassroots refinery today, you would not build a coking refinery. You would build a light-sweet refinery. So then what happens, you start trying to get into our heavy-sour refineries more light sweet crude. Our people use their ingenuity like other companies’ people use their ingenuity to get more into the mix. We change an exchanger, we get a permit and do the pre-flash, we work it, we take our vapors somewhere else in the refinery, and we keep figuring out ways to run more light sweet crudes in our heavy plants. But it does take some investment, as Gene mentioned, where we have announced two crude toppers.

But the possibility of idled cokers is not the only threat tar sands faces in fast changing Gulf Coast refining market. The flood of crude heading for the Gulf Coast in coming years could reduce prices to a point that could eat into tar sands margins and slow down production growth.

And this is at the heart of the tight oil threat to tar sands. If tight oil lowers crude prices on the Gulf Coast, tar sands dilbit will be discounted against already discounted light oil. In fact, this is repeating the situation in the Mid-West that the pipeline is designed to remedy. A situation that Canadian analysts say costs tar sands producers $15-25 billion every year and could choke off tar sands production growth.

But to get dilbit to Port Arthur is going to cost a few dollars more per barrel compared to Cushing and several dollars more than the tar sands’ main market around Chicago.

The flood of oil from North America is also pushing millions of barrels of oil that the U.S. used to import from countries other than Canada back into the world market, which is moderating global oil prices. The International Energy Agency’s (IEA) latest forecast sees global oil prices falling close to $90 over the next five years, from an average of nearly $110 in 2012. Of course geopolitical risks in the Middle East and other oil producing areas could still upset that outlook, but based on the fundamentals of supply and demand, the coming five years appears to be one of more moderate oil prices than the past five.