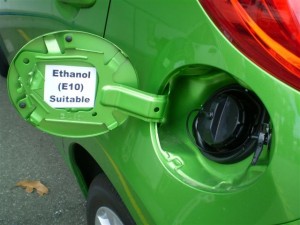 Now today, the influential London-based think tank, Chatham House has attacked the proposed use of corn ethanol in transport fuels, arguing that cheaper and more sustainable fuels such as used cooking oil should be used instead.

It called on the Government to modify the Renewable Transport Fuel Obligation (RTFO), which requires that 5 per cent of Britain’s fuel is sourced from Biofuels by 2013-14.

“Our research shows that biofuels derived from agricultural crops offer poor value for money as a means to reduce emissions and can have serious consequences for food prices,” argues Rob Bailey the author of the report.

“The UK’s heavy reliance on corn ethanol is a particular concern in this regard. Biodiesel produced from waste cooking oil is a more sustainable option and offers cheaper emissions reductions,” he added.

However, rather than decrease, the use of ethanol is set to increase to up 10 per cent of a new fuel called E10, which is due to be launched in the UK later this year.

The Chatham House report warns that it is likely to increase the cost of fuel too: “The increased use of ethanol in petrol to meet EU sustainability targets is resulting in drivers paying extra at the pump.”

And it is not only in the UK that ethanol is likely to increase fuel costs.

The Financial Times reports that US refiners are also warning of higher petrol prices and even fuel shortages due to ethanol. It could even lead to more US exports of gasoline.

As the FT reports: “US federal law requires refiners and wholesalers to blend increasing amounts of biofuels each year into the petrol they sell. They can also buy credits as a substitute for meeting blending obligations. The credits are generated when biofuels are produced.”

Meanwhile its seems that the money men are creaming off a huge profit on the back of biofuels. The price of these credits – known as Renewable Identification Numbers, has jumped 1,900 per cent this year, pushed up by the contradiction of having to use more ethanol at time when gasoline consumption is actually falling.

And now traders are saying that if the price keeps rising they will stop importing gasoline and maybe even export more.

And whereas E10 in Europe is 5 per cent going to 10, in the US it is 10 per cent ethanol, with a proposed 15 per cent mix for newer cars. The oil industry is baulking at this higher percentage, leading to criticism from the Renewable Fuels Association.

What we do know is that the clash between the ethanol industry, oil industry and environmentalists is just going to get worse.

The FT argues that “As US ethanol production took off in the past five years, the “food versus fuel” debate took centre stage as policy makers clashed over the wisdom of converting crops to energy sources. Turmoil in the RIN market suggests the next debate will be “fuel versus fuel”, or ethanol versus petroleum. This will pitch some of the world’s biggest companies against each other.”