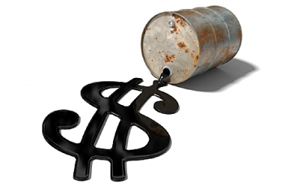 Oil Change International has joined Public Citizen, Friends of the Earth, and Greenpeace in filing a legal complaint against Chevron arguing that a political donation it made during the 2012 election violated long-standing anti-corruption rules.

At the peak of the 2012 elections, Chevron dumped a whopping $2.5 million into an election fundraising organisation called a super PAC, which was devoted solely to running negative adverts against Democrats seeking election to the House of Representatives.

The complaint, to the US Federal Election Commission, alleges that Chevron violated a long-standing federal prohibition against campaign-related contributions by government contractors.

The $2.5 million contribution from Chevron was donated to a Republican-tied super PAC, the Congressional Leadership Fund, which is tied to speaker John Boehner (R-Ohio).

The problem for Chevron is that it is also a government contractor. The oil giant has entered into federal contracts worth a total of over $44 million since 2000, according to the complaint.

And contractors are strictly prohibited by American federal law from making “any … contribution to any political party, committee or candidate for public office or to any person for any political purpose or use.”

The ban, also known as the “pay-to-play” prohibition, was passed by Congress way back in 1940 to curb corruption and the appearance of corruption due to the unique circumstances of private businesses bidding for lucrative government contracts.

“The ‘pay-to play’ prohibition exists because of a long and seedy record of companies attempting to buy lucrative government business by filling the campaign coffers of politicians,” argues Craig Holman, the government affairs lobbyist for Public Citizen. “The same process also protects against officials extorting money from companies wishing to do business with the government.”

He continued: “That money buys them government contracts and House leadership that reliably backs Big Oil’s agenda including preserving subsidies and gutting regulations. It’s a bargain for Chevron, and the American people have to pay.”

Chevron’s contribution accounted for about 22 per cent of the super PAC’s $11.3 million in receipts for the 2012 elections. The group spent $9.4 million in the elections, all of it on ads attacking 14 Democratic House of Representatives candidates.

If successful the complaint could have wide-ranging political ramifications, affecting super PAC contributions by other large companies, many of whom do business with the government.

But don’t hold your breath, the FEC can take months or years to process an enforcement complaint.

In the meantime, Public Citizen and the other groups have also set up a petition. Read and sign it here if you believe Chevron should be made accountable.