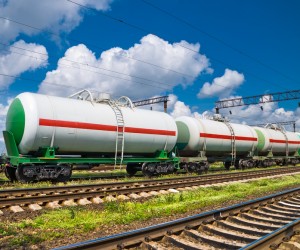 When the State Department issued its revised draft Environmental Impact Statement for the Keystone XL last Friday, it was widely reported as being in favor of the pipeline.

This was because although it made no recommendation about whether KXL should be built, it presented no conclusive environmental reason it should not be.

As the New York Times reported: “its conclusion that the environmental and climate change impacts are manageable could provide Mr. Obama political cover if he decides to approve the pipeline.”

One of the controversial conclusions, as pointed out by Oil Change International last week, is that the State Department concludes that “that approval or denial of the proposed Project is unlikely to have a substantial impact on the rate of development in the oil sands.”

Firstly, the obvious point is that if this were so true, why would the Canadian government and the oil industry be spending millions of dollars on one of the most intense lobbying campaigns ever in order to build it?

They know, and we know, it is central to their expansion idea.

But the State Department also argues that if the KXL was not built then the tar sands could be transported by rail and tanker.

The report stated: “Approval or denial of any one crude oil transport project, including the proposed Project, remains unlikely to significantly impact the rate of extraction in the oil sands, or the continued demand for heavy crude oil at refineries in the U.S. Limitations on pipeline transport would force more crude oil to be transported via other modes of transportation, such as rail, which would probably (but not certainly) be more expensive”.

But what the State Department did not factor in is that there is already widespread opposition to moving tar sands by rail too.

In January this year, sixteen environmental groups, including Greenpeace Canada, West Coast Environmental Law and Sierra Club of B.C., signed a letter opposing plans to ship tar sands from Alberta west by rail.  “There are far greater fatality, injury and environmental risks when transporting crude oil by rail than by pipeline,” the letter said.

They cited a study last year by the Manhattan Institute, a right-leaning American think tank that actually endorses construction of KXL, that argues that rail is more dangerous. “Pipelines result in fewer fatalities, injuries, and environmental damage than road and rail”, argued the study.

The letter also cited examples of two train derailments that show the dangers of moving crude by train. In August, 2005, a train derailed west of Edmonton, spilling 800,000 liters of bunker oil and wood preservative into the Wabamun Lake.

According to an article in the Globe and Mail “The spill killed birds and fish, polluted the shoreline and forced authorities to truck drinking water into the area for 18 months. Two days later, on Aug. 5, 2005, a derailment near Squamish spilled 40,000 liters of caustic soda into the Cheakamus River, killing half a million fish.”

But the State Department also missed the main point about the anti-KXL campaign – which is not about either pipeline, or oil by rail, or road or tanker – it is about keeping the tar sands in the ground. It is about stopping the pipeline to buy time for the planet to develop renewable clean energy resources instead.

Simply put, the State Department missed the massive elephant in the room: we cannot carry on burning fossil fuels – especially dirty ones – without huge climatic consequences, which means that it is time to leave the tar sands in the ground. That means no KXL and no rail either.