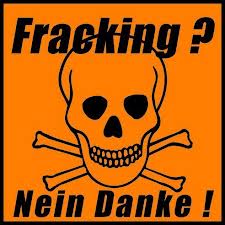 The US and many parts of Europe may be going fracking crazy, but yesterday Germany’s Environment Minister Peter Altmaier said that the country was sceptical of the oil industry’s new craze.

Altaier told German radio that “The message is we want to limit fracking, we don’t want to facilitate it,” adding that “I don’t see in the foreseeable future that fracking will be employed anywhere within Germany.”

Rules for the drilling techniques would likely be tightened rather than relaxed, Altmaier said. He advised against companies seeking to acquire a fracking licence anytime soon.

His comments will come as a bitter disappointment to the likes of Exxon which is pushing to frack in Germany. The industry argues that Germany has shale gas reserves of 2.3 trillion cubic meters, which could, in theory, provide enough gas for the country for a decade.

Also last month, Germany’s upper house of parliament passed a resolution urging the German cabinet to tighten regulations for fracking as well. The German government also said it was seeking a total ban on  fracking in drinking water drainage areas, something that America and the rest of Europe could learn from.

Indeed, as Germany puts the brakes on the oil industry, many Germans seems to be embracing the renewable revolution.

Meanwhile back in the US, the fracking controversy continues. Steve Horn from DeSmogBlog has a great article about conflicts of interest to do with New York state’s imminent decision on whether to allow fracking.

New York Governor Andrew Cuomo could give the green light to fracking in as little as “a couple of weeks”.

A detailed DeSmogBlog investigation has revealed that Lawrence Schwartz, the Secretary to Governor Como, who is involved in the decision-making on fracking, actually has a direct financial interest in fracking going forward in the state.

Now seven public interest and environmental groups have now called for a legal investigation. They are asking “whether Lawrence Schwartz has a conflict of interest between his stock investments and his involvement in the state’s decision on whether to allow high-volume hydraulic fracturing for shale gas.”

“New Yorkers must be assured that policy decisions are made on merit – and not because of the possibility of personal financial gain,” Tyson Slocum, Director of the Public Citizen Energy Program told DeSmogBlog. “Given these financial holdings by key Cuomo decision makers, New York ought to review all aspects of the fracking review.”

Indeed, they could take a leaf out of Germany’s book and just say: Nein.