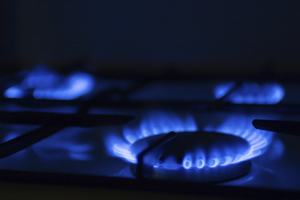 In the UK, one by one the pillars of the establishment are crumbling, as they are exposed as being corrupt, incompetent or on the take.

More recently some well know celebrities, like Jimmy Savile, who was knighted for his services to children and charity, have emerged to be predatory paedophiles. Dozens of other celebrities are now under investigation too.

The BBC – the great British broadcasting institution – is in meltdown over not running a programme into Savile it should have done, but broadcasting one into paedophilia it should not have down. Reputations are being shredded daily.

Other great British institutions have also been questioned – not only have the banks nearly brought the country to its knees, but Barclays was also found to be rigging a key interest rate. Meanwhile household names such as Google, Amazon and Starbucks were yesterday grilled about tax avoidance.

And now it seems that the big energy companies are rigging the market to make excessive profits, if the claims of a key whistleblower are to be believed.

The City watchdog, the Financial Services Authority, is now investigating claims, first reported late yesterday in the Guardian newspaper, that Britain’s £300bn wholesale gas market has been “regularly” manipulated by some of the big power companies.

This is important as the wholesale price affects the price that consumers eventually pay for their gas.

The source of the claims is a whistleblower, Seth Freedman, who is a former City trader who worked as a price reporter at a gas price reporting agency, ICIS Heren.

He told the Guardian that “traders have made clear to me that manipulation of gas prices is taking place on a regular basis. They name big companies among those they accuse of trying to rig prices and reap profits. Market participants claim the fixing of prices is an open secret.”

The Guardian reports that the big six energy companies “are among those whose names are quoted by traders as being involved in attempts to raise or depress wholesale gas prices.”

Such were the price variations on a key date, 28 September that Freedman handed evidence over to the FSA, including taped conversations.  In one of those conversations, one trader from one power firm says: “There’s a feeling among some people that somebody’s taking the piss a bit on the day-ahead index.”

Another trader told Freedman: “There are a few shops that continually try to distort closes from what I see … some of the range of quotes I hear sometimes are criminal.”

Chris Cook, a former compliance officer at the International Petroleum Exchange and now a senior research fellow at University College, told the Guardian that the problems highlighted by Freedman in the gas market echoed those in the oil sector. “There is a structural issue here that over-the-counter markets with low liquidity can be manipulated by traders putting through visible trades at a duff price. We need to make sure the market is more transparent through a transaction registry” he said.

It is not surprising that the energy companies contacted by the Guardian denied any involvement. However, Ed Davey the British Energy Secretary, said : “I am extremely concerned about these allegations and will be keeping in close touch with the regulators while they get to the bottom of this.”

Davey is expected to make a statement to the House of Commons today.