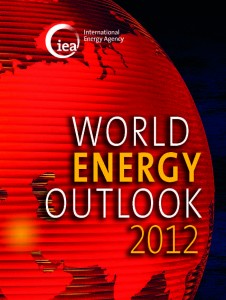 The IEA’s annual World Energy Outlook is out today and judging by the media attention it’s getting it might as well have been named, ‘U.S. Oil Boom Outlook’.

Most of the coverage in major outlets so far hones in on a handful of the report’s nearly 700 pages that discuss the ongoing U.S. oil boom.

The top line message emerging from these reports: U.S. to become world’s biggest oil producer. It is a message that has been echoed a lot recently, and the industry and its supporters are bound to pounce on this affirmation from the world’s leading energy analysts.

But when we dig into the details within the IEA report of this new-found “American leadership” in the oil race, we find that the picture is naturally much more nuanced than the headlines would have us believe.

The most striking thing is the very limited longevity of this potential leadership position. The U.S. could attain a marginal production capacity above Saudi Arabian production sometime between 2015 and 2020, but will likely lose it again by 2025 or soon thereafter. So we’re talking about a decade of being in the lead at maximum, and possibly as little as five years.

That wouldn’t be such a big deal if it wasn’t for the fact that unless America gets just as serious about efficiency and demand reduction as it appears to be about increasing supply, it will still be consuming substantially more oil than it is producing. According to the IEA’s main scenario, which assumes a certain amount of efficiency policy implementation that is yet to be set in place, the U.S. could still be consuming 5.5 million barrels per day more than it is producing in 2020, when the oil boom is likely to peak. See Table.

Note: Not all policies are currently in place to achieve the U.S. demand reductions in this forecast.

Which brings us to this issue of ‘energy independence’ or ‘self-sufficiency’ or whichever of the industry’s pet phrases has been most repeated at voters in the recent election’s advertising onslaught.

Just this morning, one of President Obama’s top advisers – David Axelrod – used this message in a tweet saying that the President’s ‘All of the Above’ energy policy was successful in increasing America’s energy independence.

However, nowhere in this report does it suggest the U.S. become self-sufficient in oil production. Even with the pivot to North American independence, i.e. with the help of Canada, does this look likely without a much bigger effort on demand reduction.

Again, to repeat: This report does not suggest the U.S. will become self-sufficient in oil production.

We are in the midst of a serious resource boom in North America. And like resource booms that have come before, there is a lot of hyperbole and exaggeration. When it’s over and we look back and see where it got us, will we be able to say it brought us energy security, or enabled us to prepare for the time when the boom will be over? Or, more importantly, as our earlier blog on the IEA’s report discussed, will it have helped or hindered the struggle to contain climate change to within reasonable limits and left us with a livable planet?

Part of the answer to those questions depends on whether we see through the hype now and develop a coherent energy policy that enables a sustainable transition to clean energy. One of the most chilling conclusions of the IEA report is this:

Some 81% of the total CO2 emissions allowable over the Outlook period in the 450 Scenario is already locked-in with the existing energy infrastructure. The scope for reaching the 2 °C goal is accordingly severely constrained.

In other words, while North America indulges in its new fossil fuel energy binge, the door to preventing catastrophic climate change is fast closing.