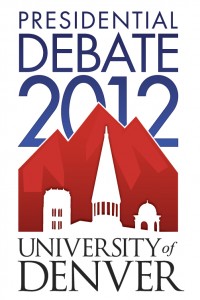 Tonight marks the first of three Presidential debates coming up over the next month ahead of the election, this one with a stated focus on “domestic policy.”  While energy or climate change is not officially a main subtopic for the debate, it’s pretty safe to assume one or both of the candidates will bring up energy issues in some predictable ways.

What we hope to hear would include:

But unfortunately, chances are we’ll hear some common refrains, influenced in large part by industry spin.

As detailed recently in the New York Times, the oil and gas companies have spent $153 million dollars (and counting) in ads promoting fossil fuels and bashing clean energy this election season.  That’s $153 million promoting the very fossil fuels that are fueling the droughts, wildfires, extreme heat, floods, and other extreme weather that ravaged the US this summer.  The energy discussion in the US today is a lopsided one, dominated by the wealthiest corporations in the world whose only goals are to continue to make billions in profits.

And they don’t just spend their money buying ads to put on the air. They also spend millions in buying politicians, through campaign contributions. This Congress stands to be the dirtiest Congress in history, having taken over $112 million in dirty energy contributions in their collective Congressional lifetimes. These investments work, too; the fossil fuel industry receives some $10 billion (if not more) in subsidies from Congress every year.

In the Presidential contest, the fossil fuel industry seems to have a grip on both candidates these days. The American Petroleum Institute (API) endorsed Mitt Romney’s energy plan when it was released several weeks ago, while a recent report in EnergyWire suggests high-level meetings between officials in the Obama White House and API staff and member corporations led to the delay of important clean air regulations affecting refineries.

So, when you hear a politician talk about energy policy, it’s a good idea to keep in mind who’s standing behind their campaign.  Here are some likely talking points that might come up tonight, and our responses.

1) The “All of the Above” Energy plan

While Barack Obama and his campaign have decided to take ownership of the phrase “all of the above” with respect to its own energy plan, one could easily apply it to Mitt Romney’s plan as well (albeit with an even greater emphasis on the coal, oil and gas parts of “all,” in Romney’s case).

But the problem with this energy plan is it’s not a real plan at all.  Here’s why:

We can’t afford to burn it all.

The all of the above energy plan (and equivalents) ignore a major facet of our energy economy – climate change.  As detailed eloquently in Bill McKibben’s Rolling Stone article – Global Warming’s Terrifying New Math – we have far more fossil fuels at our disposal than we can afford to burn if we are to have any hope for a stable climate. In fact just burning all the recoverable North American oil alone would overstep climate limits. So any plan that incorporates opening new reserves is simply planning for a disastrous future.

More domestic oil and gas drilling will not lead to energy security.

The all of the above energy plan is one that is touted as helping to ensure energy security for Americans.  However, the reality is you can’t drill your way to energy security.  Aside from the clear climate impacts as detailed above, the fact remains that oil is the most volatile energy source available. In a global oil market, more drilling in the US can not insulate our economy from international gas price shocks or shortages.   Only using less oil can reduce our vulnerability to oil’s spikes and troughs. The only way to achieve real energy security is to invest in efficiency, fuel diversity and getting people out of their cars.

The Keystone XL tar sands pipeline, despite being denied a couple times by the President, remains a hot political issue this campaign season.  In the eyes of its proponents, the pipeline has somehow morphed into a mythical miracle pipeline that will create some 200,000 jobs, source its oil from an “ethical” source, and bring energy security to America.

But the facts tell a different story.

Safety: Tar sands oil is not safe. In fact, when it is transported through pipelines it is even less safe than conventional oil, due to its unique characteristics and consistency. In 2010, Kalamazoo Michigan was the scene of the largest inland oil spill in US history…thanks to the tar sands. Yet, tar sands transporters are somehow exempt from paying into a trust fund that funds relief efforts after oil spills.

Jobs: A Cornell University study showed that the industry’s claims of job creation were “unsubstantiated” and inflated.  That study suggests the project would create as few as 2,500 temporary jobs.

“Ethical Oil”: The tar sands oil that the Keystone XL pipeline would be transporting is anything but ethical. This argument has been debunked countless times. It not only plays in to xenophobic fears, but also ignores the real human rights abuses occurring in the Alberta tar sands region, the ethics of intergenerational responsibility as it relates to climate change, and the serious safety concerns inherent in transporting a dirty, corrosive oil across America’s heartland.

Energy Security: And, as a reminder, more oil won’t bring us energy security.  And even if it did, Oil Change analysis has shown that Keystone XL would link the Canadian tar sands to Gulf Coast refineries that are exporting a large proportion of their production, so most of the oil would not even stay in the US.

So, as you watch the debate tonight, we hope you’ll be prepared to see your way through cloud of fossil fuel industry propaganda and see the real story: