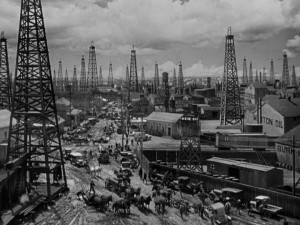 It’s one boom after the other in the North American oil and gas industry.

The latest figures from the EIA show that the export boom is still, well, booming.

Gulf Coast refineries exported over 31% of their output in the first half of 2012, a steady increase from the 29.5% in 2011. The rate of growth was not as steep as previous years, probably because of slowing demand caused by the ongoing global economic crisis, but none the less these petroleum products exports continue to grow.

The chart below shows that while exports as a percentage of refinery output has grown to nearly 17% for the U.S. as a whole, for the Gulf Coast refining region it has soared to 31.25%, a 163% increase since 2007.

So nearly a third of all the petroleum products produced in the Gulf Coast are now exported.

So you could say that there’s a refining boom going on down there on the Gulf Coast. But the boom the industry’s really excited about at the moment is the Midstream Boom.

Midstream, in hydrocarbon speak, refers to the processing, storage and transport network that links oil and gas production to markets. In terms of transport, this is generally pipelines overland and tankers on water. But the rapid pace of oil and gas development in North America in recent years has led to bottlenecks in the pipeline network and a rush to get oil to market by any means necessary. A potentially dangerous trend from a safety point of view.

It’s hard to keep track of all the pipelines that are being constructed, reversed, expanded, proposed, and repurposed in North America today.

Last year the Interstate Natural Gas Association of America said that North America would add 19,000 miles of oil pipeline to 2035 at a cost of $31.4 billion. But recent activity has overwhelmed that with one estimate stating that $10 billion a year will be spent on oil pipeline projects in 2012 and 2013 alone.

There are numerous relatively short distance pipelines being constructed to link new oil production in North Dakota and Texas to nearby refineries and pipeline terminals. But the big projects involve getting Canada’s tar sands oil to market.

While TransCanada has become embroiled in controversies and delays over Keystone XL (the original plan would have had it pumping oil by now), it’s main competitor, spill prone Enbridge, has been quietly bringing together a number of separate pipeline projects that when connected together, will outdo  Keystone XL in delivered oil to the Gulf Coast.

As Lena Moffit described on the Sierra Club blog this week:

…the company is employing a connect-the-dots approach, proposing to expand old lines, revive formerly mothballed pipelines, and connect them to new interstate projects.

It’s a cunning plan that the company was probably hoping would receive less attention than Keystone XL or its own deeply troubled Northern Gateway proposal to Canada’s west coast. But judging by the Sierra Club blog, the cover may have been blown.

But some northern oil producers are not hanging around for these pipelines to be built in order to get themselves some southern exposure.

Trucks, railcars and Mississippi barges are all being utilized to get oil down to the hungry Gulf Coast refineries.

One tar sands firm, Southern Pacific Resource Corp., has contracted Canadian National Railway (CN) to take the entire production of its in situ tar sands production by rail to the Gulf Coast. This will be 12,000 barrels per day initially with a planned expansion to 18,000 b/d.

The bitumen will go first by truck to a rail terminal, then by train to Natchez, Mississippi, where it will then be loaded onto barges to reach Gulf Coast refineries via the Mississippi River. That’s a lot of loading and unloading and I dread to think what it would take to clean up a spill in the Mississippi if one of those barges goes down.  The bitumen that spilled in the Kalamazoo River over two years ago is still there.

The high cost of this operation is offset by three things. The higher price fetched on the Gulf Coast compared to the Midwest, using less diluent than the bitumen would require in a pipeline, and by using the empty rail cars to ship diluent back to Alberta.

The company’s CEO, Byron Lutes, told the Oil Sands Review that this system “…is going to handle our entire project. (…) It will effectively be our pipeline.”

Bakken producers are also racing to get their oil to markets by any means necessary. A lot of Canadian Bakken production is going in trucks to get to railheads and pipeline terminals. One trucking firm says it’s moving 45,000 b/d and has plans to expand up to 180,000 b/d.

It’s not just the Gulf Coast either.

Refineries on the east coast have started to get crude by rail from Canada and the Midwest allowing them to finally get access to the discounted crude that the Midcontinent has enjoyed for nearly two years now.

PBF Energy’s Delaware refinery has been getting about 40,000 b/d of Canadian Heavy (probably tar sands) and Bakken crude via rail this month and it plans to raise this to 110,000 b/d by January, according to Argus Media.  United Refining in Warren, PA is also planning on increasing its deliveries of Canadian crude by rail.

So will the new midstream boom address the prospect of stranded tar sands projects discussed in my recent blog, Tar Sands Reality Check?  A recent article in the Oil Sands Review boasts that all this trucking, railing and barging means that the pipeline delays are not such a threat to tar sands production growth.

Tar sands producers have projects on the table that could raise production to between 5 and 7 million b/d from around 2 million b/d today. Tight oil production could reach some 3 million b/d or more by 2020, a large proportion of which is located close to Alberta and is competing for midstream capacity.

Whether these levels of production can be achieved depends on a lot of variables, not least of which is whether North America gets to grips with climate policy. But expecting that this can all be moved on trucks and trains seems optimistic.

Southern Pacific is paying $31 a barrel to get its bitumen to the Gulf Coast via truck, rail and barge compared to the $8 it would likely cost by pipeline. While it may be recouping some of that with its diluent deals, it’s questionable whether everyone who wants to get bitumen to the Gulf can do the same.

In other words, all of this depends on high oil prices and a continuing wide differential between midcontinent and coastal oil prices.  It seems a very rocky foundation upon which to build a crude transport system.

What goes around comes around

And this reflects the extreme volatility that characterizes the oil market more generally. It is disheartening to see North America entrench itself ever deeper into the capricious oil economy at precisely the time when there is so much promise in efficiency and alternatives.

With the climate crisis already at our doorstep it’s hard to see what is to celebrate in deflecting the so called peak oil crunch through tar sands mining, tight oil fracking and mobilizing thousands of trucks and railcars to move it to market.

The North American oil boom has produced a lot of surprises in recent years. A reversal in the American oil production decline, the products export boom and now the midstream boom. Under these circumstances I’m disinclined to rule anything out.

But booms do generally seem to share one common trait. There’s a bust usually coming not far down the line. When the next bust happens, I wonder if North America will have learnt any lessons. Or would that presume that we ever learn from history?

If we continue to ignore the climate, the next bust may be the last. 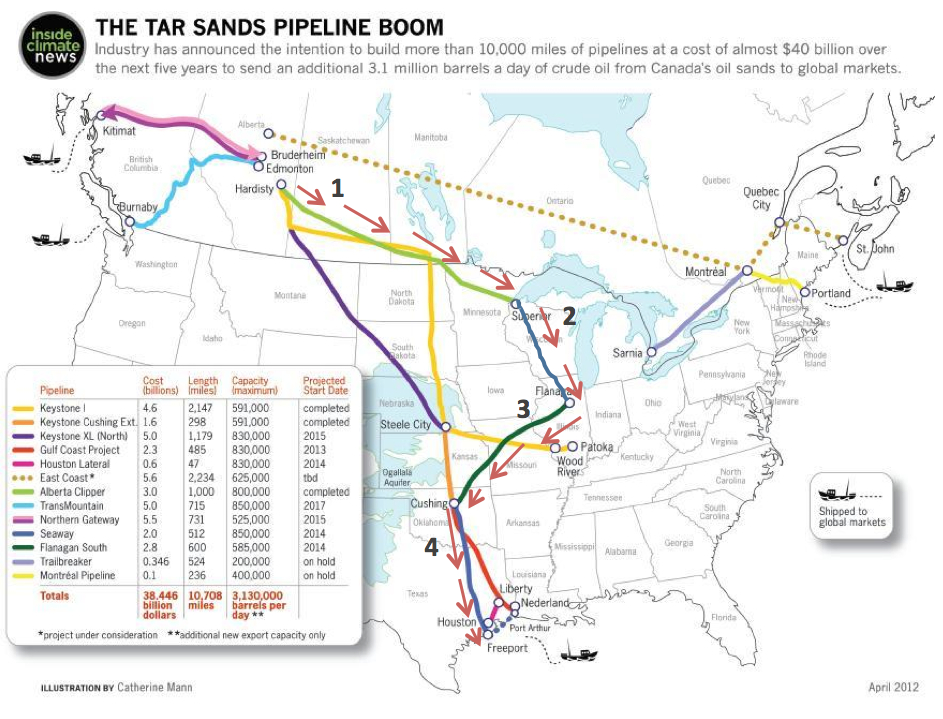