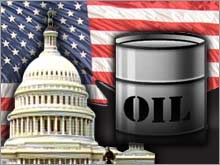 Today the House of Representatives’ Energy and Commerce committee is convening a hearing concerning “achieving North American energy independence within the next decade”.

Here’s a little tip – save yourself the time and don’t bother watching the bulk of this hearing unless you want a lesson in fossil fuels public relations and willful ignorance.  I’ll let you know when to tune in to hear Daniel Weiss from Center for American Progress tell you the real story, if you’d like.

Aside from Mr. Weiss, this hearing is so stacked with oil lobbyists and fossil fuel “industry experts” it’s clear the hearing will simply be a couple hour exercise in spewing refuted “facts” about the myth of being able to achieve North American energy independence by drilling for more oil and gas.  The reality is you can’t drill your way to energy independence, and certainly can’t secure a safe future by doing so.

And it’s no surprise that Ed Whitfield (R-Kentucky), the Chairman of the Energy and Power subcommittee hosting the hearing, would invite such “experts”.  He’s taken more than $700,000 in campaign contributions from dirty energy companies since 2009.  And his colleague, the chair of the full Energy and Commerce committee, Fred Upton (R-Michigan), has taken even more – over $900,000 in that same time period.

If you received hundreds of thousands of dollars from companies, you’d probably give them the floor as well.  And if your profits were based on further the oil industry’s aims, you’d probably put forward the arguments that will be laid out in testimonies today.  But money doesn’t make you right, except in corrupt politics perhaps.

Here’s the reality, stripped of the oily picture these dirty energy lobbyists will paint . We already have more oil, gas and coal than we can afford to burn.  And drilling for more oil and gas in the US and Canada will do nothing to increase our “energy security” while doing a whole lot to destroy our collective futures.  If the oil industry had their way, we’d be headed to the climate chaos and catastrophe that comes with 6 degrees Celsius of warming.

And there’s another reality worth noting as well, as if desiring a safe future weren’t enough. Oil is the most volatile energy commodity in the world. Increased US production of oil won’t make us any more secure than finding a new oil field in Saudi Arabia. Reducing our use of oil, gas and coal is the only genuine energy security strategy.

You probably won’t hear this very often at the hearing, but it’s the truth: Oil is a geopolitically strategic commodity that is more vulnerable to both market manipulation (have you heard of OPEC?) and regional instability than any other form of energy. Producing more oil at home does not insulate American consumers from oil’s volatility.

As the U.S. Department of Energy recently stated:

Even if the United States was entirely self-sufficient in oil, domestic crude prices would remain coupled to the global market and be subject to the global dynamics of supply/demand, as well as international events.

Even Jack Gerard, President of the oil industry’s American Petroleum Institute, recently reaffirmed this, saying in a column in the National Journal, “crude oil is traded globally, with prices set by a world market.”  But unfortunately despite this admission, Gerard went on to lay out a vision for American energy that would only serve to further line the pockets of the oil industry, while dooming the planet to climate catastrophe.

While an increase in American oil supply may increase the global supply of oil, the affect this added supply can have on U.S. oil prices is very limited. This is because American oil prices are linked to global prices, which are buffeted by events in numerous oil supply regions. Additionally, the privatized American oil industry has no incentive to maintain spare production capacity that could be used to cool prices in the event of a price shock. Indeed the structure of the North American oil industry is such that its imperative is to sell its product to the highest bidder, not ensure our “energy security”.

So, despite most of what you’ll hear tomorrow if you happen upon the Hill, subsidizing more oil and gas production is not an energy security strategy. In fact, just the opposite is true: subsidizing and supporting efficiency and alternatives that take us off oil clearly is.