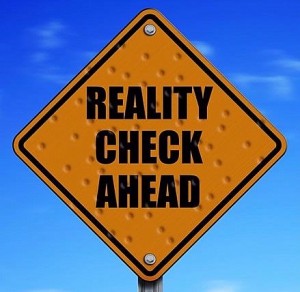 Analysts are starting to question the tar sands industry’s “wildly optimistic” growth plans and some projects are slowing down. Here’s why.

In case you hadn’t noticed, the North American oil and gas industry is booming.

If you don’t work for the industry, don’t live in a ‘Frack Zone’, or the Canadian oil patch, you could be forgiven for not noticing.

As it always will, the price you pay at the pump has remained buffeted by global events, rather than the surging North American supply.

But if you were in the industry, you’d be increasingly aware of the steep discount between North American oil prices and international benchmark prices such as Brent.

The main U.S. benchmark, WTI, is currently at an $18 discount to the international Brent benchmark, and Canadian heavy oil, most of which is derived from the tar sands, is another $16 below that.

That oil price discount is a source of ongoing frustration and anxiety for most North American oil producers. The discount is the result of surging oil production in the U.S. mid-continent and Canadian west, coupled with the limited markets that oil has access to due to pipeline constraints.

Throughout most of the history of North American oil, pipelines generally ran from Texas and the Gulf Coast north to the industrial heartland. All of that has changed as oil production in the north overwhelms nearby refining capacity. Landlocked North American crude desperately needs to reach the coast – south, west and east – in order to access the refining capacity there. Doing so not only broadens markets to the rest of North America, but also enables access to international markets through the 3 million+ barrels per day products export trade that coastal refineries are engaged in.

As little as two years ago this problem was generally thought to be one that primarily concerned Canadian tar sands producers, and the Keystone XL pipeline was seen as the main answer. It would have connected the Albertan tar sands directly to the Gulf Coast, the world’s biggest refining center and a booming products export hub.

But that project has been delayed (the original schedule would have had it pumping oil sometime this year) and in the meantime something unexpected happened. U.S. onshore oil production grew and is expected to keep growing in mid-continent states like North Dakota, Montana, Ohio and Colorado, as well as in Texas and elsewhere.

From the perspective of Canadian tar sands producers, it has turned the whole world upside down. Throughout most of the first decade of the 2000s, tar sands oil was seen as the only new oil source in North America with potential to grow significantly. U.S. production was perceived as irreversibly in decline despite growth in the Gulf of Mexico, and Canadian conventional oil was also on a downward trend. U.S. refineries therefore invested billions in complex refining equipment specifically to process the low quality, heavy sour product from Alberta. They even got a tax break for doing so.

But the recent fracking boom has changed that outlook in both the U.S. and Canada. Now tar sands oil must compete with an oil boom happening right in the heart of its key market. And the competition is not only for refinery access but also for pipeline access to get to that market.

CIBC World Markets is said to have recently published a 270-page report entitled, Too Much of a Good Thing … A Deep Dive into the North American Energy Renaissance. While we have not had access to this subscriber-only report, industry news reports discussing it say that it describes the sectors growth plans as “wildly optimistic”.

According to a Platts report (subscriber-only), tar sands producers have project proposals on the table that would potentially add 380,000 b/d a year to 2020, which would bring tar sands production to over 5 million b/d.

All of this potential growth bumps up against the limited pipeline infrastructure that would transport that oil to markets.  Platts reports that Andrew Potter, one of the authors of the CIBC report:

“…said that even if regulators approve Keystone XL, Kinder Morgan’s Trans Mountain expansion, Enbridge’s Northern Gateway, Alberta Clipper expansion and TransCanada’s tentative plans to convert part of its natural gas Mainline in Canada to carry crude “there would still not be enough pipeline capacity to handle planned growth through 2020.” He gave only even chances that all of the pipeline projects would proceed.”

He added that “when plotted against pipeline capacity, it becomes increasingly clear that not all planned oil sands projects can proceed.”

Alberta Oil Magazine quoted Potter singling out the two western route pipeline proposals, Northern Gateway and the Trans Mountain as having “a ‘50-50’ chance of ever being built.”

Potter went on to say that “in a market that is over-saturated, there will no doubt be rationalization (…) higher cost oil sands projects seem like the first to get rationalized. (…) You will see guys rethink over the next 12 to 18 months how they go about their business and start to rethink their growth profiles.”

Evidence that some tar sands producers are already scaling back came when Suncor reported its second quarter results in July. Apparently analysts quizzed CEO Steven Williams on the future of Suncor’s two big joint venture projects with Total: Fort Hills (190,000 b/d mine) and Joslyn (40,000 b/d SAGD). A decision on taking the projects forward has been pushed into mid-2013 and Williams was reluctant to give further details.

Alberta Oil Magazine reported that his response to questioning was not “a ringing endorsement” of the projects. They reported his response as follows:

“We’re reviewing the scope and the profitability of [the] projects as we speak,” he said. “But they are individual projects and there is the opportunity to not progress those projects.”

It was also noted that Canadian Natural Resources Ltd. recently blamed a $680 million reduction in capital spending in 2012 on “the uncertain outlook in commodity prices”.

Time to stop the hyperbole and get real

Oil companies excel at talking up their book. They need to in order to boost investor confidence and attract capital for their mega-projects.  Tar sands projects are distinguished by their capital intensity, given the lengths required to extract the semi-solid substance, the remoteness of the resource and the boom time activity surrounding the play that pushes up the cost of labor, equipment and materials. That producers have over 3 million b/d of projects theoretically scheduled over the next decade despite the clear difficulties of getting that much oil to market is a clear example of the industry’s overreach.

The Canadian government also appears to have placed a disproportionate amount of emphasis on the tar sands as a national economic development strategy.  It would do better to consider not only the practical infrastructure constraints of its growing dependence on tar sands revenues but also the sustainability and human rights issues inherent in exploiting the high carbon resource.

The fact is that building out the tar sands to 5 million b/d, whether by 2020 or a decade or so later, would be locking in the development of a source of carbon that the world cannot afford to burn. Climate limits dictate that we need to quickly wind down the fossil fuel industry rather than entrench it further.

It seems the market is likely to deliver a reality check to tar sands producers, which could see some projects shelved as the supply and demand balance in North America tips against the tar sands industry.

However, we will need more than market forces to constrain tar sands development within climate limits. A climate-led energy policy in the tar sands’ key market – the United States – as well as in Canada that recognizes the imperative to leave fossil fuels in the ground would go some way towards it.