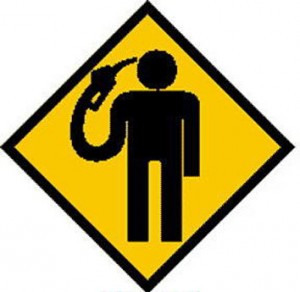 Two items out today have reinforced what we have known all along about gas prices and domestic drilling. The first provides strong statistical evidence that there is no correlation between domestic drilling in the United States and gas prices. The second shows that gasoline prices in Canada, a net exporter of crude oil, follow the same volatile pattern as in the United States.

Associated Press conducted a statistical study, reported by ABC News today, that ran inflation adjusted U.S. gas prices going back to 1976 against U.S. oil production. Several statistical tests were run by economists in three universities and one private company.  No correlation was found.

All the analysts agreed that U.S. gas prices are clearly aligned with global oil prices rather than with the activity of drillers in the United States.

The same can be said when looking at the experience of Canada, America’s number one source of foreign oil and a net oil exporter.

Data presented by Democratic staff of the House Committee on Energy and Commerce shows that while production and net exports have risen in Canada since 2000, the price of gasoline in that country has followed the same volatile and rising pattern as U.S. gasoline prices have in the period.

These studies further affirm the position we have taken  for years on domestic drilling, increased imports of dirty tar sands oil from Canada and gas prices in America. They also expose the empty rhetoric of the industry and its Congressional lackeys.

Drill baby drill and tar sands imports are strategies  for oil industry enrichment and consumer impoverishment. The sooner we dismiss the idea that somehow we can drill our way to lower gas prices and embrace the efficiency and clean energy transitions that are both essential and inevitable, the better off millions of ordinary American will be. It is such a shame that Congress is unable to develop the policies that will give citizens the choices necessary to make that transition while continuing to support the drilling folly. But I guess that’s what happens when Congress is bought and paid for.