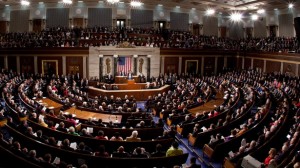 Slowly but surely the battle lines are being drawn for the upcoming Presidential election.  President Obama built his State of the Union address on one of fairness.

In doing so Obama reminded Americans that there is a clear choice when it comes to the next election.

There is also a choice with energy. Before we look at what the President said we have to remember that very little of policies that he proposed last night will ever see the light of day before the election.  That is due to the gridlock in Congress, with the House of Representatives under Republican control.

In many ways his speech, under the theme of “An America built to last,” was all about the long term vision of where America is going, a battle for America’s heart and soul. The real measure of how successful the speech was will not be known until the election in November, and whether Obama’s powerful rhetoric still resonates with voters, or whether they vote for the Republican challenger, whoever that may be.

One of the battle lines Obama drew was over energy. Republicans are already furious about the President’s recent rejection of the Keystone XL pipeline.

But Obama also tackled the thorny issue of oil subsidies. “We have subsidized oil companies for a century”, said the President. “That’s long enough. It’s time to end the taxpayer giveaways to an industry that’s rarely been more profitable, and double-down on a clean energy industry that’s never been more promising. Pass clean energy tax credits and create these jobs.”

Despite the standing ovation that this part of the speech received, and the support of the vast majority of the American people there is virtually no chance that these subsidies will be revoked before November.

In reality this is at least Obama’s third run at stripping subsidies from the oil industry. Even when fellow Democrats formed the House and Senate majorities, he sought $4 billion by ending subsidies on oil and gas companies over the next decade, but his request was largely ignored by Congress.

Last year he called again to end subsidies in his State of the Union speech. And he’s now doing it again, despite the predictable wall of opposition from Republicans.  So the chances of a subsidy removal look remote.

Controversially, Obama backed the current fracking frenzy currently happening across America, but argued that the US authorities will compel companies producing gas and oil on federal lands to disclose the chemicals they use for fracking.

“America will develop this resource without putting the health and safety of our citizens at risk,” said Obama.

That is a commitment that will be difficult to keep, if the Administration truly intends to support expanded oil and gas drilling throughout the U.S.