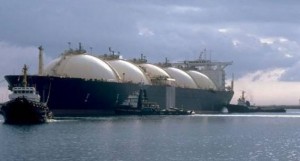 More on the growing Iranian crisis. Brent crude is rising this morning due to worries over serious disruptions to the supply of crude after Iran warned its Arab neighbours of “consequences” if they raised oil output to replace Iranian loses through international sanctions.

As the US has increased diplomatic pressure on countries that import Iranian oil to find alternative supplies, key countries such as China, Japan and South Korea are said to be trying to source reliable sources of crude from elsewhere.

But Saudi Arabia is the only country that can realistically take up the slack. And in response to Saudi Oil Minister Ali al-Naimi saying over the weekend that Saudi Arabia was ready and able to meet any increase in oil demand, the Iranians have once again threatened to block the Strait of Hormuz.

Some commentators are now saying that global seaborne oil supply might face a 40% cut, if the Straight is blocked.

But it is not just oil supplies that are threatened. The Financial Times is reporting that British military leaders have “raised concerns” that over 80 per cent of the UK’s liquefied natural gas (LNG) imports, and over half of total gas imports,  would be halted if Iran blocked the Strait.

The paper points out that since 2010, the UK’s gas imports from Qatar – which has no viable export alternative to the Strait – have risen 67 per cent, while those from Norway are down 17 per cent. Meanwhile the UK’s North Sea gas supplies continue to dwindle.

The figures over the last few months are even more alarming. In August to October 2011, all the UK’s LNG imports (nearly 50 per cent of its total gas demand)  came from Qatar.

“The likelihood of lower Qatari shipments to the UK and the paucity of viable alternatives pose a long-term challenge to security of supply,” wrote Michael Hsueh and Mark C. Lewis, analysts at Deutsche Bank recently.

For now, the mild winter in Europe may be keeping gas prices low.

But the situation shows once again the flaws in the UK’s energy security strategy.

Despite the fact that its North Sea reserves were declining, it has spent millions building new LNG infrastructure such as that at Milford Haven and new gas pipelines and power plants, without really thinking strategically as to where the gas would come from.

Adding to this uncertainty is the question of Scottish independence. If Scotland were to go independent, England would lose control of some 95 per cent of North Sea oil and 56 per cent of gas.

Once again this shows that it would have made much more sense for London-based governments to invest in energy efficiency and renewables than blindingly betting on fossil fuels, and then belatedly wondering where they were going to come from.