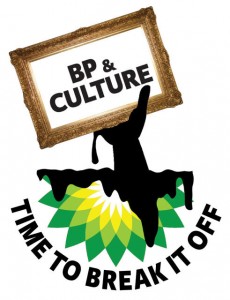 There was widespread anger and dismay today from anti-oil campaigners after it was revealed that four of the Britain’s biggest cultural organisations – the British Museum, the National Portrait Gallery, the Royal Opera House and Tate – were going to renew their sponsorship deals with BP worth £10m over five years.

All four institutions have faced years of campaigning from anti-BP protesters and campaign groups such as Art Not Oil and Platform, which had intensified after last year’s Deepwater Horizon oil spill.

Indeed there had been mounting speculation that the Tate would distance itself from BP after 8000 Tate members, staff and visitors signed a petition to disassociate the Tate from the oil giant.

But in a show of defiance all four organisations said they were going to carry on receiving funding.

The National Portrait Gallery has received money from BP for 23 years in relation to the BP Portrait. Its director, Sandy Nairne, said: “We absolutely respect the right of those who wish to protest and we would always think about any sponsorship very carefully.”

But he said BP’s support over the years had been “extraordinary” and there had been “unanimous clarity” among the gallery’s board of trustees in agreeing to renew the deal.

The Tate has been particularly targeted by protesters as the longest-standing sponsor with a relationship going back to 1990.

The Director of the Tate, Nicholas Serota’s said at an AGM earlier this year: “You will not be surprised to learn that the whole question of the support from BP has exercised Trustees quite seriously over the past two years. Both the Trustees as a Board but also the Trustees through their Ethics Committee, which was instituted about four years ago, have looked very carefully at the question. They are aware, of course, that there are members of the audience, both here and also more widely, who have expressed real concern at the continuing support BP have been giving.”

So Serota and his team have ignored these concerns and carried on taking BP’s money.  There are no surprises that the culture minister, Ed Vaizey, welcomed the announcement.

He said: “BP’s renewed commitment to four of Britain’s great cultural institutions is extremely welcome. This is a significant investment, with £10m going directly towards staging world class exhibitions and performances. For more than 20 years, BP has led the way in business support for the arts and I am delighted that this will continue over the next five years.”

But even the liberal Guardian attacked the anti-BP protests: “The campaign to stop Tate, the National Portrait Gallery and other museums from accepting money from Britain’s controversial petroleum outfit is the stupidest and most misplaced of supposedly radical campaigns. Why not do something useful like join Occupy?” wrote its arts correspondent today, calling the campaign “mistargeted, misconceived and massively self-indulgent.”

Kevin Smith from Platform, and editor of the recent publication Not If But When: Culture Beyond Oil, expressed the anger felt by many: “By aligning themselves with BP, the British Museum, the National Portrait Gallery, the Royal Opera House and Tate Britain are legitimising the devastation of indigenous communities in Canada through tar sands extraction, the expansion of dangerous oil drilling in the Arctic, and the reckless business practices that lead to the deaths of 11 oil workers on the Deepwater Horizon. BP’s involvement with these institutions represents a serious stain on the UK’s cultural patrimony.”